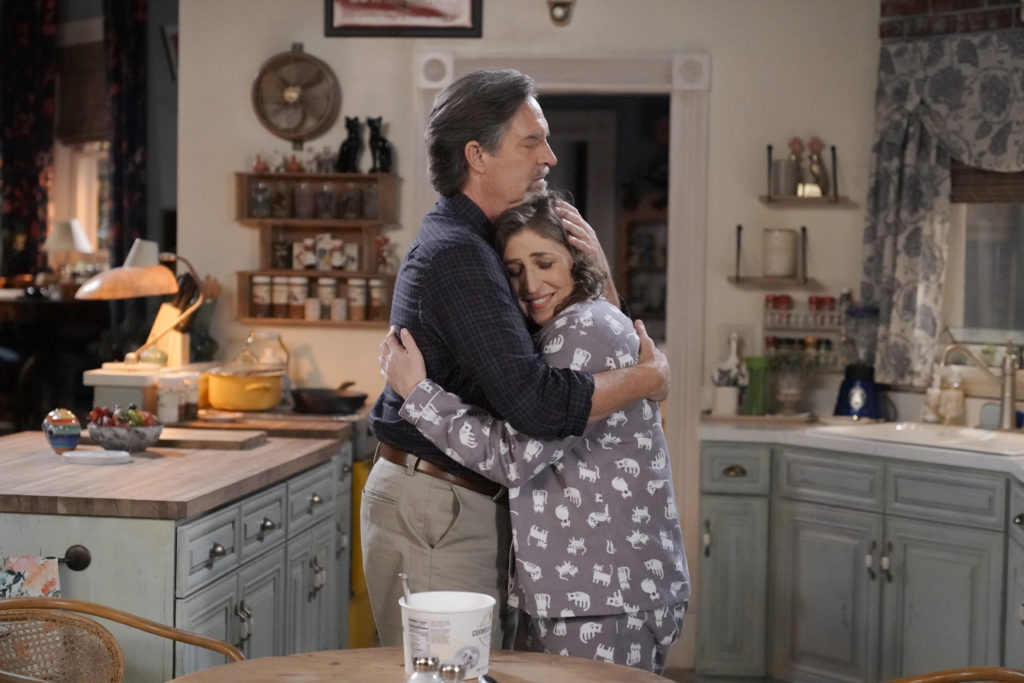 ICYMI: Call Me Kat Recap for Call Me Shellfish

The episode opens with Phil, Max, Randi and Carter in the hospital, waiting on word for Kat. They are all worried about her, especially Carter, who thinks that they are going to harvest her organs. However, Sheila comes out to tell them that she just had a panic attack and they can see her.

When they get to the room, she is loopy from the meds they gave her, but insists she is fine. She calls Max her Maxi Pad, which Randi promises will stick as a nickname.

Kat insists she is ready to go home, but passes out when she gets up.

Once she is out, she goes to therapy and acts out her anger with Nick using puppets. The therapist tries to get to the root of her problem and she admits how much her father meant to her and that the cat cafe is her way of honoring him. She also thinks Kat might be afraid of letting him down if the cafe fails. However, Kat just wants happy juice/pills.

At the bar, Nicole, Carter and Randi are hanging out when Randi gets a text from her ex. Carter is angry and jealous, but Randi insists it is not a big deal.

Max comes in, saying that the song he gave Robin Thicke is going to lead to his big break in Nashville. Everyone is excited for him, even Randi, once Max promises that he will cover the rent.

At the cafe, Max is telling Kat about his big break when Phil comes in, bearing pastries. Kat tells them that she is going to hold a save the cats fundraiser to keep the cafe open longer. They all throw together ideas, including Randi selling feet pictures and Max playing music.

Later on, Max is struggling with his music while Carter broods over Randi talking to Daniel. The two have a heart to heart, which leads to Carter firing Max to pursue his dream. Darren then comes by to take over his job.

That night, Kat dreams of her father. The two of them eat ice cream together and have a heart to heart. He asks if she really wants to keep the cafe open, which leads to her panicking again. He asks if the cafe makes her happy and reminds her that she can’t set herself on fire to keep other people warm. He hugs her as the dream comes to an end.

Randi and Carter are in bed together. She is texting Phil, but Carter is still suspicious. He finally admits he is insecure, which leads to them both using the L word.

The next day, Kat tells everyone that she is closing the cafe. She admits that it is getting to be too much and she needs a break. Everyone is very supportive and are proud of her for putting herself first for a change.

Later on, Kat and Max enjoy a drink to celebrate his last night in town. He asks her what she is doing and she tells him she plans on going to France.

Phil and Randi come by to tell her they are going to keep the cafe open while she is gone so it won’t have to go out of business. She is touched by their kindness….and even more touched when Max performs a song in her honor.

The episode ends three months later with Max and Kat in Paris. However, that part didn’t happen…but she is in Paris enjoying her life and promising to see us in a few months.