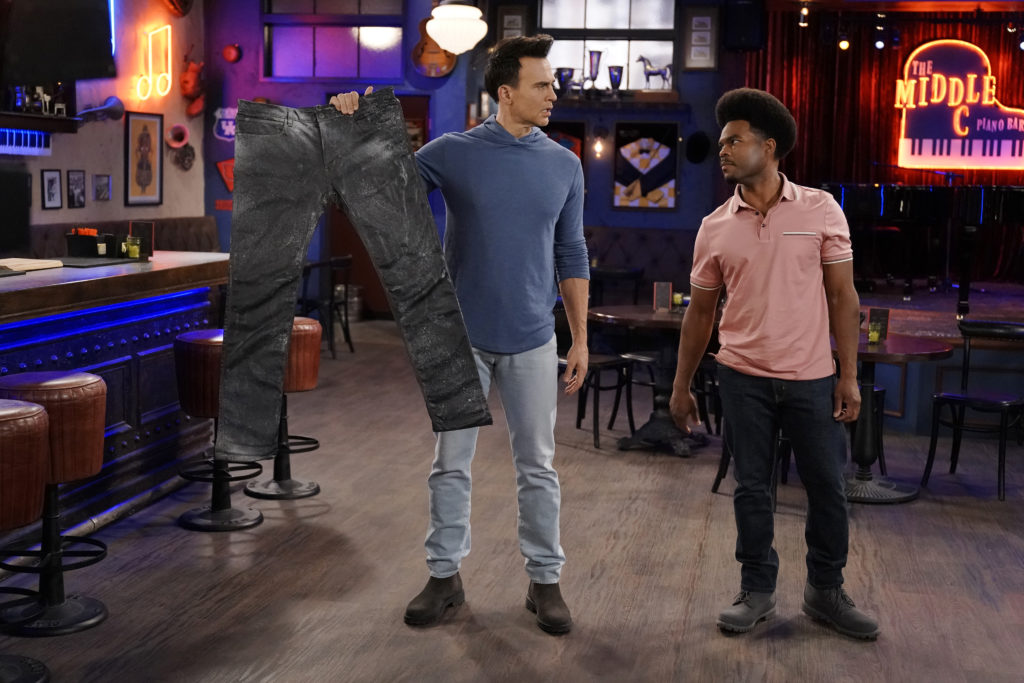 ICYMI: Call Me Kat Recap for Call Me What the Kat Dragged In

The episode opens with Kat packing up Oscar’s stuff while Randi snarks on her matronly outfit. She also makes fun of her for giving him her tablet and food. Kat also has a haiku prepared, which Randi warns her not to recite.

Oscar shows up and gives her a garbage bag filled with her stuff. Kat gives him his stuff, along with a breakup playlist. She wants to talk, but he is not interested. She then reads her haiku as he leaves. She sits on the couch as she recites another sad haiku.

Later on, she drinks wine from the box as she eats ice cream ans sings depressing songs. Max, Randi, Phil and Sheila come in, worried about how she is doing. They stage a mini-intervention and bring her food. They encourage her to shower and go out for dinner, even though she has to go alone.

She goes out to eat and has an awkward conversation with the people at the next table. As she drinks her martini, she runs into Nick the sandwich guy, who ends up joining her for dinner. The two of them banter and end up in bed together.

Carter is at Randi’s place, much to her chagrin. She discovers Max gave her a key and is annoyed about this….and the fact that he made a mess.

The next morning, Kat is confused as to what happened, and even more confused as to why he won’t wake up. She gets Randi, who has many questions. They also realize he took a sleeping pill….and that they need t hide him so no one discovers Kat’s one night stand.

Later on, Max comes in for coffee, but Randi refuses to serve him because he gave Carter a key. Kat gives him the coffee and he asks how her night went. Kat refuses to share anything past dinner….but is busted when Nick comes downstairs. Everyone is shocked at Kat’s behavior as she shoos him out the door.

That night, Carter is at Randi’s apartment, which annoys her and leads to them fighting. She says he can’t just show up whenever he wants and he storms out.

Kat goes to the bar to talk to Max about Nick. She is surprised Carter knows and discovers that her mom told him. They talk to her about one night stands and what to do next.

Later on, Kat goes to talk to Nick, but they end up hooking up again.

Back at the bar, Carter and Max leg wrestle when Randi comes in to talk to Carter. He is being standoffish, which leaves her confused. He says he feels like things are going too slow and she gets upset and leaves.

At the cafe, Randi talks to Phil about her man problems when Nick comes to talk to Kat. He says he bought her building and he is now her landlord. She is left shocked that he found another way to screw her over.

The episode ends with Kat talking to Max about Nick and Randi making up with Carter….complete with her giving him a key and a robe.

Tags: call me kat fox icymi ICYMI: Call Me Kat Recap for Call Me What the Kat Dragged In Recap