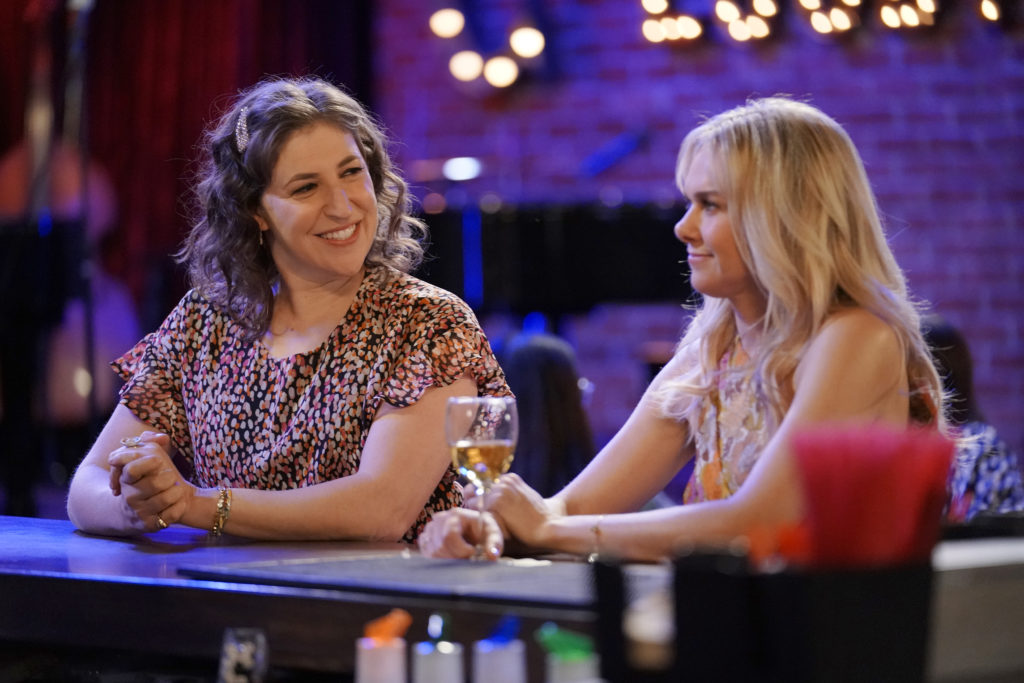 ICYMI: Call Me Kat Recap for Call Me Cupid

The episode opens with Kat singing to Randi with Phil and Oscar joining in. However, Randi is in a mood because she was up all night due to her neighbors fighting.

Oscar takes Kat aside and tells her that he wants to set Max up with his niece’s music teacher Nicole. She agrees and then the conversation leads to cartwheels. Phil decides to so one, which leads to Kat yelling at him for not taking out the trash.

On date night, Max and Nicole hit it off. Kat also seems be having fun, but she gets overly protective of him. However, Oscar likes her and hopes that the two continue dating.

Carter and Randi listen in on her neighbors fighting. They find out the woman is pregnant and that her husband might not be the father because she is having an affair. Later on, they are joined by Phil and Sheila, who are super into the gossip as well.

Kat goes to talk to Max about Nicole, who is already there. The two of them seem to be hitting it off, making Kat more jealous.

Max convinces Nicole to play the piano, which leads to her and Max doing a duet together….to the song Max and Kat always sing together. This makes Kat jump into the duet and fall off the stage.

Later on, Kat stress eats at the cafe, worrying Phil and Randi. She rants over Nicole and says she thinks she is all wrong for him. Randi thinks she is jealous, but Kat denies this is the case.

Randi, Sheila and Phil continue to listen to the fighting couple. Sheila comments about being in bed with a woman and a gay man, which leads to her and Phil sharing drug stories.

Carter comes over and is upset to see Sheila and Phil over again. He and Randi get into their own argument, leading to Phil and Sheila trying to listen to both fights at the same time.

Kat is cleaning outside the cafe, when she runs into Nicole, who admits she is worried about coming on too strong. She convinces Kat to join them at the bar, where Max serves them tater tots. As they debate over dipping sauces, Kat helps them plan a romantic date.

Carter and Randi have make up sex, which Sheila and Phil watch.

Max cleans up the bar while Kat watches. He thanks her for setting him up with Nicole and says he will have her teach her how to do a cartwheel. She proves she can do it and leaves for the night. She ends up coming back and kissing him.

Sheila and Phil talk about how Randi and Carter kicked them out and how Phil learned to take off a bra. Kat comes in the cafe in a daze as they wonder what is wrong. She goes upstairs as the episode comes to a close.