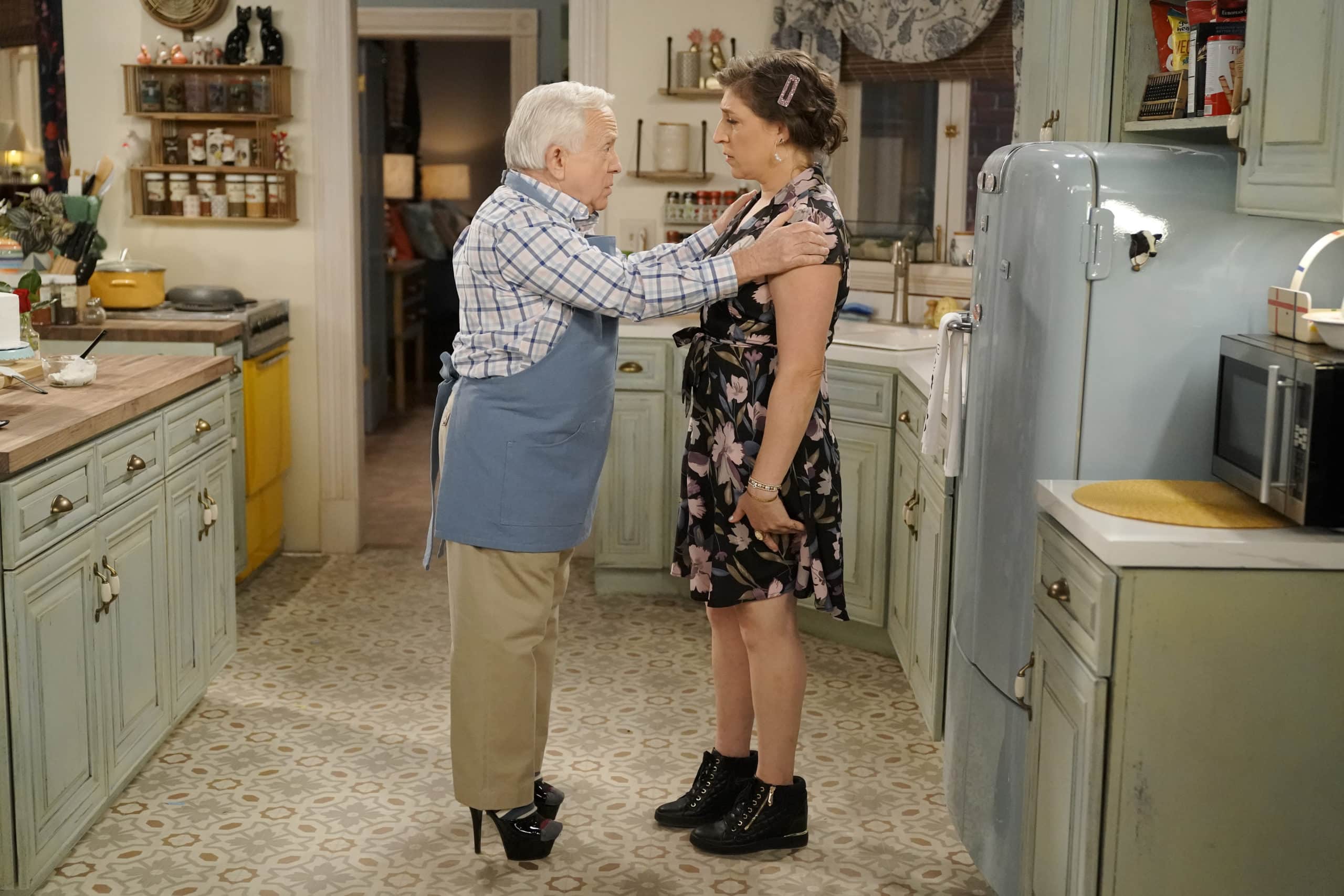 The episode opens with Kat telling a random customer about her love triangle with Max and Oscar. It turns out Joey Lawrence about the fact that Max wanted to kiss her and he was thrilled that he was chosen.

The customer asks for her coffee and tells the next customer not to ask about her day.

Later on, Oscar goes to visit Kat while doing his route. Phil asks about their anniversary plans and they debate on when their official anniversary is…the kiss, the date or the sex. They finally come to a conclusion and Oscar goes to leave.

Kat runs out to give him his phone and give him one last kiss. Max runs into them and things get awkward. Kat tells Oscar she wants them to be friends and he admits he liked him before this all began.

Randi and Carter enjoy their morning after together, but things get awkward when he says he wants to know more about her. She leaves, letting him know she wants to remain mysterious.

Kat brings Max a muffin and tells him she wants him and Oscar to spend more time together and get along. They agree to it via musical number, which ends with Carter telling Max (in song) to help him unload the beer.

At the cafe, Sheila gives Kat a fertility statue for her anniversary. She wants to know how she knew and it turns out Phil squealed.

Sheila tells her that anniversaries are important, but Kat reminds her that she jumped the gun before and it ended in a disaster. Phil suggests a dinner and even offers to help. Sheila rubs Kat’s belly with the fertility statue, causing Kat to bat her away.

The next morning, Oscar gets ready to go running with Max, much to Kat’s delight. However, Randi is unhappy because he tossed the alarm clock out the door and hit her in the head.

Max and Oscar bond during the run, which leads to pancakes and Oscar making Max promise they never go running again.

Later on, Randi brings Carter coffee and tells him she might buy him lingerie for later. He thanks her and calls her by her first and middle name. She is angry he pried into her business and tells him he can kiss the lingerie goodbye.

Kat and Randi shop together and she ends up admitting she is with Carter. She also admits she is scared of opening up, but Kat says she also could miss out on something great. She goes to show off her anniversary lingerie, but ends up falling in her heels.

Phil helps Kat prepare for the dinner. Oscar calls, asking for a raincheck because he is out with Max. Kat ends up throwing things out, but Phil hugs her and helps her calm down. She wonders why he seems taller, and he shows off the fact that he is wearing her heels.

Randi goes to talk to Carter and opens up about her life, including her battle with depression. She also admits to being scared and losing control, but he promises her that he isn’t going anywhere.

Kat is on the couch eating cake and drinking champagne when Oscar comes to her place. He realizes the anniversary was a really big deal for her and makes her promise that she will let him know when things are important. They agree to celebrate next month as she goes crawling into the bedroom in her heels.

Tags: call me kat fox icymi ICYMI: Call Me Kat Recap for Call Me By My Middle Name Recap