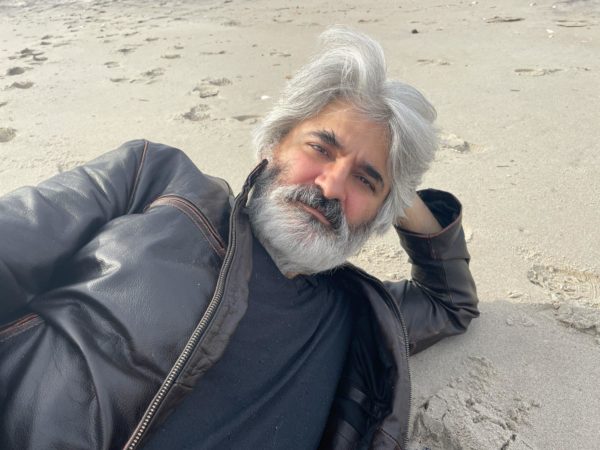 I was born in North Carolina and moved to New York on Halloween of 2010. I’ve made about nine feature films since I’ve been here. My movies are dark cynical comedies. My most popular is Catfight, which is on Netflix.

How would you describe That Cold Dead Look in Your Eyes?

How did you get involved in the project?

My friend Franck Raharinosy approached me and said if I wrote a project for him, he could probably raise the money to make it. So that’s what I did. He came through on his promise and we made it.

It was frustrating at first because I don’t speak French. A few days into the process, I got used to it and I started to enjoy myself. The cast was great.

What were some challenges of directing?

I normally rewrite my scripts during production and employ a lot of improvisation. I wasn’t able to do that so much on this one because we had a locked script and that stifled me a bit as director.

On top of that, It’s always challenging to make a tiny budgeted movie in New York. You never have enough time and money to do what you really want.

My production designer’s name is Sophia Parella. She’s young and passionate and wanted to be involved in all facets of production. I remember laughing with her throughout the production. She’s got a great sense of humor and her energy was really infectious. She did so much on the production, we ended up giving he a co-producer credit as well.

Shooting all the horror stuff was a lot of fun. I remember when we were shooting the rampage scene in the kitchen, it felt like we were making some kind of b-movie from the 50s. It was a blast.

This winter, I’m making a no-budget underground slasher movie called Poundcake. It’s going to be in the same style as a vampire movie I made a few years ago called Summer of Blood. Very gritty and absurd.

I’ve got a children’s book coming out next year that I did with the filmmaker David Gordon Green. It’s called Let’s Make a Movie about a bunch of young kids who all come together to make a Roger Corman-esque monster movie.

Last year David and I collaborated on a fun children’s book based on John Carpenter’s Halloween. It’s called The Legend of Halloween.

I did an episode of Room 104 where I’m really naked.

Watching Enlightened on HBO. After seeing The White Lotus, I was reminded of how brilliant Mike White is.