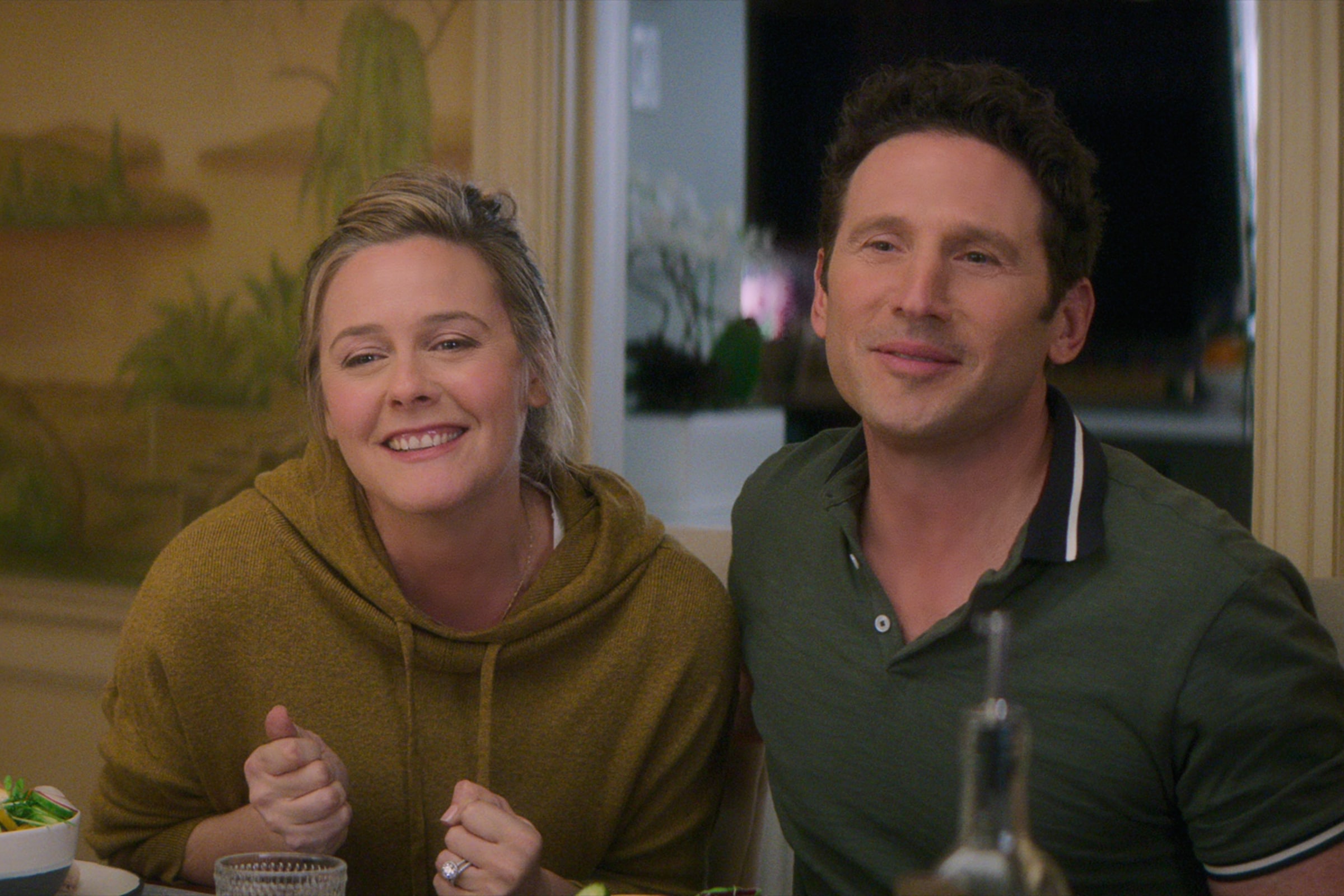 The Baby-Sitters Club Recap for Kristy and the Baby Parade

Kristy and the Baby Parade is the season finale for the show. It opens with Kristy and Liz going through baby clothes to donate. Kristy knows this is hard for her mom, especially since she and Watson gave up on trying to have a baby.

At dinner, Watson talks about New Zealand and gives them some random real and fake trivia. As they eat, Liz comes in to tell them about the baby parade. It began in World War II, thanks to bored moms and now it is coming back for the 80th anniversary.

Liz says they want all the winners for best costume from past parades to be on a special float. Kristy won for her year dressed as a baby Mrs. Claus, while Watson won for his year dressed as Baby Nixon.

Watson is thrilled to share this moment with Kristy, but she is not happy about it at all.

At the meeting, Kristy discusses the parade with Claudia, Stacey, Mary Anne, Dawn, Mallory and Jessi.

Claudia recalls how Mimi and Mary Anne’s mom made them Raggedy and and Andy costumes, but lost thanks to Kristy.

Mallory comments that babies dressed as horses would be cute and high fives Jessi. Dawn talks about how two girls of color should have won, while Claudia thinks Kristy won because her Aunt Judy was on the committee.

The girls decide to have a float of their own and begin planning.

Kristy is at home with Liz, Charlie, Sam and David Michael. Liz says their father and new girlfriend want to see them and introduce them to their new baby at the baby parade. None of them seem too keen on the idea, but Liz says it is up to them.

Charlie thinks they should go, but Sam says he probably wants money and refuses to see him. He storms out with Charlie following him.

David Michael asks Kristy what she wants to do, but she has no idea.

Claudia shows off her plans for the float, but the girls seem unimpressed. Dawn wants a music festival with mud, while Mary Anne and Jessi want a Nutcracker theme. Mallory suggests The Old Woman Who Lived in a Shoe, which is what they go with in the end.

Stacey thinks a NYC theme would be cute, so Mary Anne asks if her dad can help. Stacey says her dad is staying in the city a lot and fighting with her mom. She is worried they may get a divorce. Dawn comforts her and they all have a group hug.

During dinner, Kristy decides she wants to see her dad. Charlie and David Michael agree, but Sam is upset and leaves the table. Watson tries to stop him, but Liz tells him to give him space. He instead tries to get Kristy excited for the baby parade.

The girls begin working on the float, but there is a bit of a debate between Stacey and Mallory over colors. However, they all try to make it work.

As they work, Kristy talks to them about her dad coming with his girlfriend and baby. They ask if she and Liz are okay with this, but get interrupted by a paint spill. As they go to clean it up, Mary Anne takes her aside to talk. Kristy insists she is okay.

Later on, Kristy and David Michael decide to make their dad a photo album. They come across a picture from the baby parade, which shows Kristy’s dad holding her. She thinks this is a sign it will all work out.

The girls try to get the babies in their outfits, but Mallory messed them up, so they cannot be worn. The float is also a mess. Kristy thinks her dad will still be proud of her, even though the float is a disaster.

Kristy gets ready for the parade by putting on mascara. Liz comes in and scares her, causing her to poke herself in the eye. She gives her her costume and they end up talking about Kristy’s dad. Kristy is worried about Liz, but she insists she is okay. Watson, who was listening at the door, comes in wearing his costume and says he is ready to go.

The float is a disaster, as are the costumes, so Dawn,Mary Anne and Claudia end up using their own ideas. Mallory is upset because she worked really hard on the costumes.

As the girls try to fix the sinking float, Liz gets a text saying that the visit has been canceled. The kids pretend to be okay, but Watson screams about what a jerk Mr. Thomas is for treating his own kids so badly. Mary Anne also remembers how many times Kristy was let down in the past, causing everyone to cry.

Watson then tells everyone that he wants to legally adopt the Thomas kids and be their dad for real. Kristy hugs him and says he loves him, saying she gets to be with her dad after all. Everyone joins in the hug.

The episode ends with the float being fixed, Claudia winning with a Mimi inspired costume Lucy Newton wore and Watson bonding with Kristy on the winners’ float.