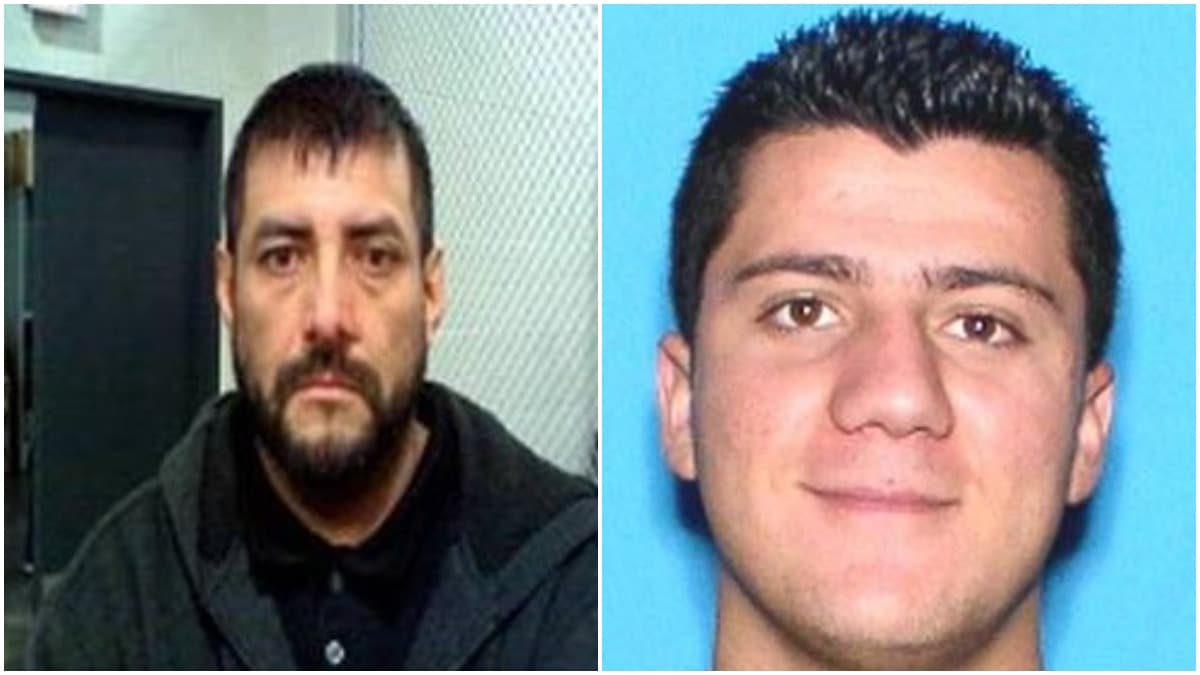 At 11:47pm, authorities were called to an apartment complex after a shooting. There were two victims, a deaf man named Carlos and a woman named Vanessa Cervantes De La Torre.

Carlos was taken to the hospital, while Vanessa was declared dead at the scene, She was only identified by her drivers license.

A friend called Vanessa’s daughter Georgina, who then called her siblings. Everybody was left confused, devastated and at a loss for words.

The investigation begins, but there is little evidence to go on, so they knock on doors to talk to people in the area.

They then go to talk to Carlos, who is able to communicate with them through writing. He claims there were men in glow vests drinking beer in the parking lot and one of them approached the car. There was an argument, which then led to the shooting.

Carlos was able to get a good look at the suspect, which led to Pedro Fuentes Espinoza‘s apartment being searched. They found the gray hat Carlos said the shooter wore, as well as evidence of a gun and the car he drove away in.

Authorities tracked the car to a gas station, where they stake out the place and watch videos in hopes of catching Pedro. Thanks to security footage, they are able to see him buying something at the gas station and then being picked up in a red truck. He has not been seen since.

A background check shows that He has a criminal record for border crossing and was actually deported in 2018. He also had domestic and family violence charges against him, including one where he lit an ex-girlfriend’s car on fire.

It was also discovered that Pedro was also connected to a shooting that took place six months before Vanessa’s murder.

As the search for Pedro continues, Vanessa’s family and friends remember her as a loving woman who wanted what was best for her family.

Authorities are able to track him to Mexico, which complicates their search. He is a Mexican national and a danger to those around him.

Pedro is 5’7” and weighs about 160-180 lbs. He has black hair, brown eyes and a distinctive mole on the left side of his nose. His appearance has been known to change, so he could have a moustache, beard or be clean shaven.

As a reminder, he is a Mexican national and is believed to be living there.

Mariano Pereyra Jr is wanted for the rape of a child by force in Wellesley, Massachusetts. He also has ties to Rhode Island, Virginia, Florida and New Jersey.

Five year old Summer Wells disappeared on June 15, 2021. She was last seen at her home in Tennessee. She is 3’ tall, weighs 40 lbs and has blonde hair and blue eyes. They are also on the lookout for a maroon or red late 1990s Toyota Tacoma with a ladder rack and white buckets in the bed.

A few days before Christmas in 2008, Waterbury police get a call from a woman who found her friend stabbed to death in her home.

Laura Orso was remembered as a kind, loving woman who had no known enemies.

Authorities tell Cal that Laura lived alone and there was no forced entry. However, drawers were open and money was missing from Christmas cards. There was also blood found in her bathroom, which is believed to belong to the killer.

Sadly, there was no DNA match when the blood sample was run through the system.

A KILLER IS FOUND

This leads to neighbors being questioned and the discovery of Ervis Mecollari. He was staying with his parents in the complex and said to have been under the influence on several occasions.

It was also discovered that he had been harassing Laura to the point of frightening her and causing her to consider moving. He also vanished after the murder.

Authorities then do a DNA test on a toothbrush in the Mecollari house, which leads them to connect Ervis to the crime.

Cal talks to Laura’s nephew Rocco, who shared wonderful memories of his aunt. She had no children of her own, but treated her nieces and nephews as her own.

Rocco recalls finding out about Laura’s murder and searching for answers.

Jonathan Shugarts, of the Republican American Newspaper, also talks to Cal about Laura and Ervis. (Sammi trivia: I went to high school with Jonathan and seeing him on this show made me so proud and smile so big!)

He revealed that Ervis had a serious drug problem and OCD, which actually played a role in helping connect him to the crime.

The search for Ervis continued, with Lt. Mike Slavin looking beyond Waterbury. He found out that Ervis purchased a bus ticket to St. Petersburg, Florida.

Later on that day, he had placed a call to a friend, who said Ervis was in NYC sounded desperate. This gives the police another lead, since they find out that the bus stopped in NYC.

The bus driver, as well as the phone Ervis used, thanks to a cab driver were both discovered when authorities arrived in NYC.

The friend was also questioned, and told authorities that he confessed to stabbing people in the past. The friend thought he was joking….until he googled him and found out about his disturbing past.

It is also discovered that Ervis had a record in Albania and is considered to be a fugitive.

Ervis is 5’10” with brown hair and brown eyes and was about 180 lbs in 2008. He is said to be OCD and has had nose surgery due to excessive heroin use. His weigh may have also fluctuated due to said drug use.

Albania viewers should be aware that he is on their Most Wanted List.

Nadir Mitchell is wanted for murdering a man in Philadelphia in 2020.

Twelve year old Ryan Larsen has been missing since May 17, 2021 from La Vista, Nebraska. He was last seen around his house. Ryan is also autistic, so if he is seen, do not call for him and call authorities to help get him home safely.