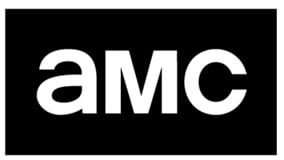 Today, AMC and AMC+ announced the return of “FearFest” the long-running horror and genre programming event, beginning Friday, October 1 through Sunday, October 31. Celebrating its 25th Anniversary this year, “FearFest” will feature over 680 hours of programming and more than 100 unique titles from iconic horror films from the Halloween franchise and Stephen King’s library to pivotal episodes from The Walking Dead Universe, the Season 3 premiere of Eli Roth’s History of Horror, and so much more.

“FearFest” will also feature iconic horror films from franchises including Scream, which commemorates its 25th anniversary this October and the Final Destination series. The Omen franchise also joins the lineup, with the original 1976 film marking its 45th anniversary and the 2006 remake celebrating its 15th anniversary.

The Stephen King library will take over AMC for a weekend beginning Saturday, October 9 including Carrie (1976), which also celebrates its 45th anniversary this fall, Carrie (2013), Creepshow, The Dead Zone, Thinner, Silver Bullet, Christine, The Shining, Pet Sematary (1989) and Cujo.

AMC will also celebrate 80s horror movies with a marathon on Saturday, October 23 including The Fly (1986), which observes its 35th anniversary this year, Poltergeist (1982), Pumpkinhead, Christine, Pet Sematary (1989), Creepshow, Fright Night (1985) and The Shining.

Click here for this year’s full “FearFest” film lineup on AMC and AMC+.

Tags: amc amc plus fearfest Fearfest Returns to AMC what to watch