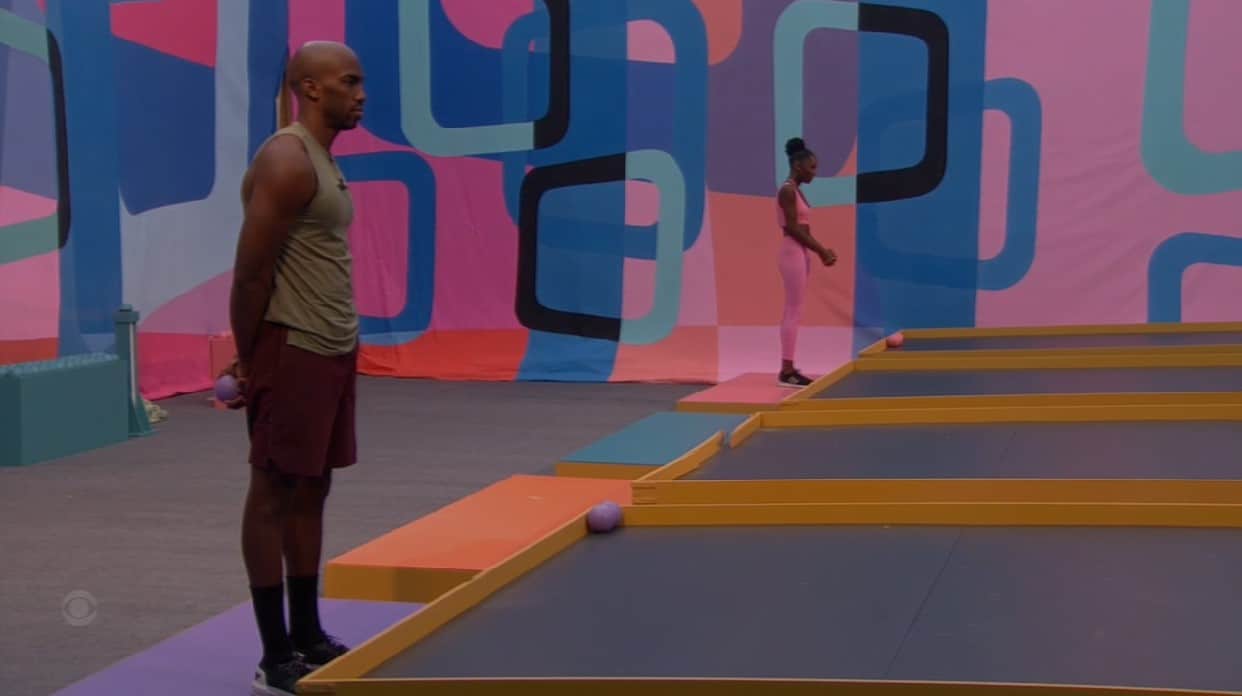 Tonight is the second double eviction night on CBS’s Big Brother 23. Hannah and Tiffany are both on the block, with one of them being the first Cookout member to go to jury.

The final six are all happy to have made history on the show and that they will have the first African-American winner in BB history. They are also the first six person alliance to make it to the final six.

Tiffany is worried about her chances of staying, but also worries that Big D doesn’t want to work with her. She hopes Xavier will save her, so she goes to talk to him after it is obvious Azah doesn’t care what she has to say.

She tries to convince him and Big D that Hannah is a bigger threat, but they don’t seem to care what she has to say, either. However, they do begin to worry this could be a possibility later on.

Kyland talks to both Azah and Xavier, confusing the former and bonding with the latter. Xavier says he is playing to win to honor his late brother and nephew.

After Julie congratulates them, we get a peek at what is going on in the jury house. Derek and Brittini are surprised to see Sarah Beth walk in, but less surprised to see Claire and Alyssa enter the jury.

The three ladies catch them up on what went on in the house as they watch footage of what went on without their knowledge. They are shocked by the Cookout alliance and how things played out. They think Xavier should win at this point, with Hannah in the final two as well.

However, Claire says she is still Team Tiffany.

Eviction! Tiffany is unanimously voted out, which is not a surprise to anyone.

Julie says that there will be another eviction that night, so it is time to play HOH. They play BB Ballers, where they have to roll a ball to knock down others. It will be done in two rounds and the last one standing wins.

Azah wins and must quickly put two people on the block. She decides on Hannah and Xavier since she promised Kyland that she would keep him off the block.

POV comp! They play What The Bleep, which has them guess bleeped out phrases said by evicted houseguests.

Kyland wins after beating Xavier in a tiebreaker. He takes him off the block, which means Big D goes up by default.

Eviction 2! Hannah is voted out unanimously and is the second person of the night to go to the jury house.