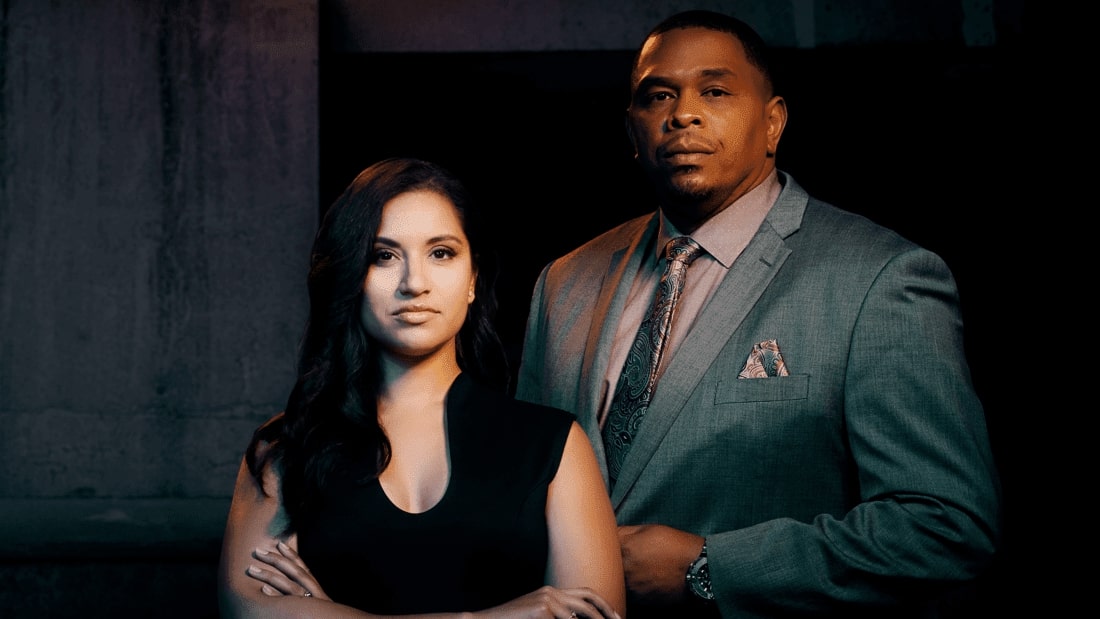 Tonight Investigation Discovery premiere the brand new season of Reasonable Doubt. It is an interesting take on crime shows, since it focusing on proving whether or not people are innocent of the crimes of which they were accused. Fatima Silva and Chris Anderson are the dynamic duo behind this incredible series, which is now in its fourth season. They not only try to help the accused, but also talk to their families in order to get more information and insight on each case.

In a recent interview with TVGrapevine, Fatima and Chris discussed how they approach each case. For example, while most shows focus on the victims and their families, Reasonable Doubt does just the opposite. An example of this happens in the first episode of the season, where a woman is killed, but there is more to the murder than meets the eye. Without giving too much away, the two of them look into the way she was killed, people she was in contact with before she died and of course, the motive. They each come up with their own theories by looking into the case, trying to prove if the person convicted really did it, if he had help or if he was even involved at all.

However, the most incredible part of the show is the passion the two of them have for their work….and for working together. They both want justice to be served and will stop and nothing to try and make it happen. The two of them have different backgrounds, but at the end of the day, have the same goal on each case. Chris admits that while they work together professionally, they act like brother and sister, which makes the process that much more interesting.

Chris and Fatima are the unsung heroes of the true crime world and I cannot wait to see how they work together this season!