Tribeca is still in full swing, which means TVGrapevine is having a blast watching movies, interviewing those involved and of course, covering the event!

There have been several amazing movies that have premiered at Tribeca over the last several days. Here is a look at a few of them, along with my comments.

Accepted: Four high school seniors in rural Louisiana attend T.M. Landry, an unconventional K-12 school housed in a sparse warehouse made famous for sending its graduates to elite universities like Harvard, Yale, and Stanford. The students aim to meet the intense expectations of Mike Landry, the imposing founder of the school who charts a relentless course towards their college dreams. When the New York Times publishes an expose on Landry’s controversial methods, the school buckles under the scrutiny. Each senior is left to contend with uncomfortable truths about their school and the college admissions system, and decide for themselves what they are willing to do to be accepted.

TVGrapevine says: An in-depth, interesting look into college acceptance scandals, how several students took things on to make the right decision in the face of scandal.

Reflection: a walk with water: The conditions that make life possible are rapidly changing. Reckoning with this reality on the cusp of another dry season that may very well ravage his community, 30-year old filmmaker Emmett Brennan embarks on a remarkable journey to find stories of hope and healing. Emmett sets out to walk 200 miles next to the iconic but aging Los Angeles aqueduct, where he encounters ecological iconoclasts, indigenous voices, and permaculture designers who are challenging the status quo on how we use Earth’s most precious resource. The film delves into a profound and far reaching look at our relationship with water and offers a vision for what could happen if we designed our lives around it in a radically different way.

TVGrapevine says: Emmett’s journey is an eye-opening revelation that is important for our environment, especially in this day and age.

The Phantom: This movie tells the story of one of the darkest episodes in the long history of American justice. A story of how the State of Texas knowingly sent an innocent man to his death and left a serial killer at large. A case in which – for the first time – it can be conclusively proven that the US courts executed a blameless man. This film uncovers the shocking truth behind a tale of murder, corruption and lies that unfolded in the dusty, desperate streets of a Texas oil town nearly thirty years ago.

TVGrapevine says: The Phantom is a shocking, disturbing story that brings attention to how the criminal justice system can destroy innocent lives. 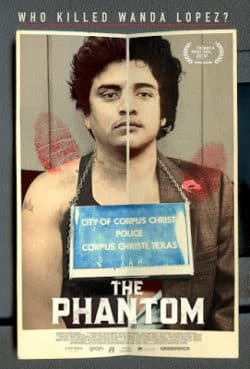 Do Not Hesitate: On a peacekeeping mission in the Middle East, a Dutch military convoy is forced to split up in the middle of desolate mountains as one of the vehicles suddenly slides off the road. Three young soldiers, Erik, Roy and Thomas, are commanded to stay behind to guard the vehicle. Frightened by some rustling in the bushes, Thomas accidentally shoots and kills a goat. The rightful owner presents himself, 14-year-old goatherd Khalil, who is furious at the soldiers and refuses to leave the site. 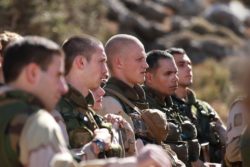 Poser: Lennon exists timidly on the sidelines of the thriving Columbus, Ohio indie music scene, yearning for a personal connection that might shepherd her into the inner sanctum of warehouse concerts, exclusive backstage, house parties and the cutting-edge art scene. As she fuels her desire for entrée into a podcast featuring live music and conversations with the artists she so fervently admires, Lennon finds inspiration for her own musical ambitions…and a growing sense of misdirected identity. Enter Bobbi Kitten, an enigmatic, striking and talented half of a popular, indie pop duo, who takes Lennon under her confident wing—unwittingly entangling herself in a dark obsession.