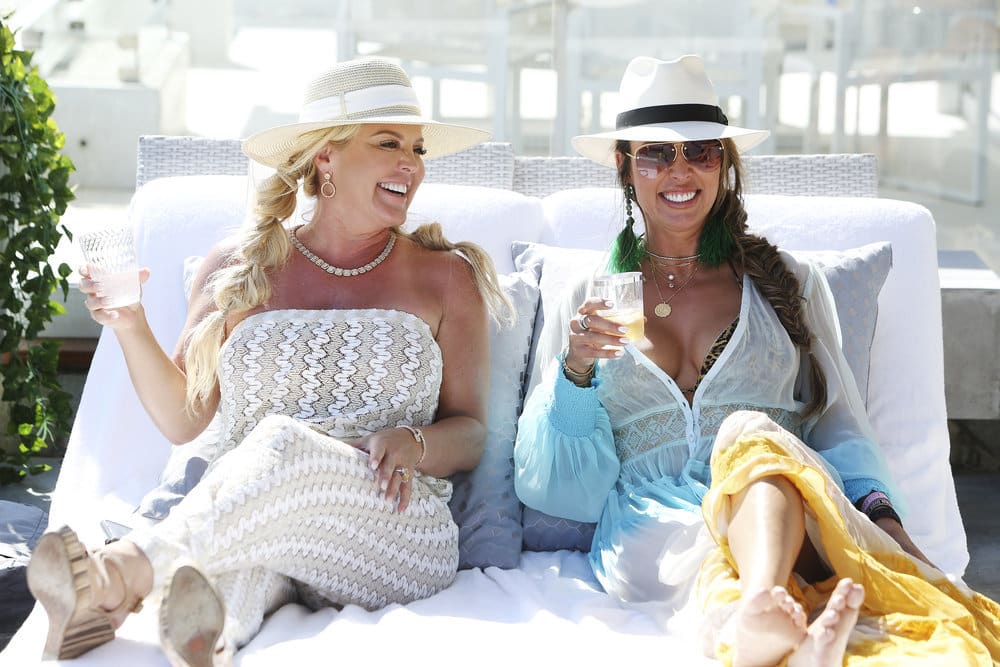 The Real Housewives of Orange County is getting a casting shakeup! Kelly Dodd, Braunwyn Windham-Burke and Elizabeth Lyn Vargas are all leaving the show, TVGrapevine has learned. Variety was the first outlet to break the news, which was confirmed by Bravo.

Braunwyn, who came out as a lesbian last year, released a statement regarding her exit, which was obtained by People:

“I’m incredibly sad to not be able to come back to The Real Housewives of Orange County next year. I loved every moment of being a Housewife, and am so proud of my time on the show – the good, the bad, and the in-between,” she said in the statement.

“It feels revolutionary to say, but I was able to get sober and stay sober on reality TV. That is something for which I will forever be grateful. And I came out, becoming the first gay Housewife in the franchise’s history. What an incredible honor to look back upon, especially during Pride Month,” she continued.

“I know I may have been too much for some, and that’s okay. I am real, and I am happy being me. I’m so grateful to those who have stood by me. There is a lot more to my life, and I hope you’ll stick with me on this journey as I move forward in my next chapter,” she concluded.

The other two ladies have yet to comment on their exits.

The remaining cast members, Shannon Storms Beador, Gina Kirschenheiter, and Emily Simpson, will all be returning, along with former castmate Heather Dubrow.

The sixteenth season will start filming next month.