People Magazine Investigates: A Crimson End focuses on the murders of Sally Snowden McKay and her cousin Joseph Lee Baker in 1996 and the murder of Martha McKay in 2020. The ladies were mother and daughter and were killed 23 years apart.

The initial murders took place September 10, 1996 in the quiet town of Horseshoe Lake, Arkansas. Sally and Joseph, aka Lee, went to do their usual daily work of doing the books, putting in deposits and collecting rent.

Later that day, a man named Bobby Couples found a car that looked like it was in an accident, but there was nobody in the car, even though the engine was running. He went to a local grocery store to see if the store owner Levi  Glasper knew who the car belonged to….and it turned out that it was Sally’s.

The case gets even odder when Lee’s truck is discovered at Sally’s house and smelling of smoke. First responders get to the scene, only to find two dead bodies, which ended up being Sally and Lee. This sent shockwaves throughout the town, especially since the rental house was also robbed during this time.

The cars are checked for DNA evidence, while everyone in town is questioned. While doing so, they discover that two other people were in Sally’s car that day. They were described as two black men, leading to Edrick Smith being questioned and being given a polygraph test. However, he was able to prove without a doubt he was not even in town that day, thanks to his probation officer.

Joe Baker, who is Lee’s son, is asked who he think may be responsible. It turns out that Edrick’s brother Travis had stolen from the family on more than one occasion and even tried to cash one of Sally’s checks. This leads to him getting questioned and changing his initial story. He says he and his friend Andre robbed a house, but Andre was the killer. They tried to move the bodies, but they were too heavy, so they set the place on fire instead.

However, Andre was able to prove himself innocent, leading to Travis to be charged with two counts of capital murder and one count of robbery. His DNA was all over the car, but everyone seemed to think he was innocent.

The prosecution offers him a plea deal, even though he claims he is innocent. This would keep him from getting the death penalty and get 28.5 years for murder and an additional five for the robbery. He would be eligible for parole after serving 70% of his sentence.

However, his family still thinks he is innocent, as does Sally’s daughter Martha. She even hires Travis’s mom to be a housekeeper and becomes pen pals with Travis. The relationship takes place for several years, leading to her speaking at his parole hearings. He eventually gets paroled and gets a job as a groundskeeper at the Snowden house, which led to the place being used for events such as weddings.

All seems to be going well….until March 25, 2020. Deputies arrive at the Snowden house, where they find the back door ajar and hear footsteps on the second floor. As they head upstairs, they notice clothes and other items doused in liquid. They also hear a loud banging noise and a male shouting in the bathroom. The deputies try to get him out, but he jumps out and runs. They try to tase him, but no avail. The suspect disappears in the water, never to be seen again, even after a search.

At that time, an alarm goes off at the Snowdenhouse. The cops go and find a woman’s body bludgeoned to death and heirloom jewelry.

It turns out that it was Martha.

Travis’s body is found in the lake in an apparent suicide. His family thinks it was an all around tragedy.

Before Martha died, she was missing some money from a sale and talked to Travis about where it could have gone.

Travis is a suspect in all three deaths and authorities think he acted alone. 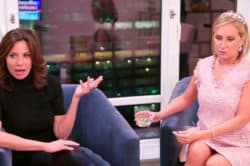 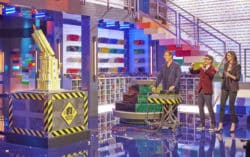