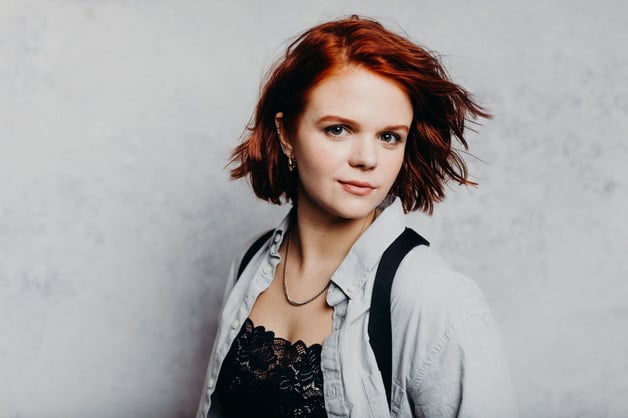 What to Watch: Mare of Easttown

Mackenzie Lansing, the young French-American actress on everybody’s ‘Ones to Watch’ list, co-stars in the HBO limited series, “Mare of Easttown.

” The release date for this much-anticipated project is April 18, 2021.

Lansing’s role as “Brianna” is integral to the storyline, and most of her scenes are with Kate Winslet. The series, which also stars Julianne Nicholson and Jean Smart, was written by Brad Ingelsby and is directed by Craig Zobel. Kate Winslet stars as Mare Sheehan, a small-town Pennsylvania detective whose own life crumbles around her as she investigates a local murder. “Brianna” [played brilliantly by Lansing] is a boisterous and popular 17-year-old with a chip on her shoulder. Her parents run the Delarosso family restaurant. She is always getting into trouble, and will take things as far as they need to go to stay at the top.

This is the second original series that Kate Winslet has done with HBO – the first was “Mildred Pierce” which garnered her an Emmy and Golden Globe. In addition, this is also the second series for Lansing on HBO; she played the role of “Jamie” opposite Maggie Gyllenhaal in “The Deuce,” which also starred James Franco. Mackenzie’s other credits include “Red Oaks,” “I Witness” and “Tell Me a Story,” among others.

Mackenzie Lansing grew up between Kinshasa (Congo) and Villebon-sur-Yvette (a small town outside of Paris, France). She is a bilingual and began her illustrious career on the Paris Stage. She moved to New York to pursue acting in film and television and has been working since then.

Tags: HBO mare of easttown what to watch