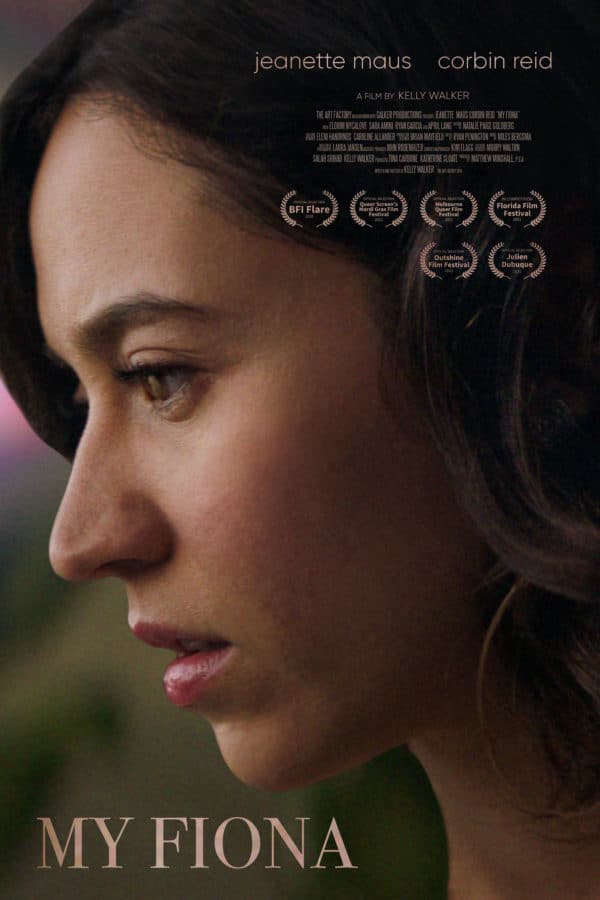 Ryan Garcia is an incredible actor who has been in The Rookie and Pretty Little Liars, as well as several other TV shows and movies. Ryan is now shining in the movie My Fiona, which is set to premiere! As a special treat, we have an exclusive interview with the star! Check it out below!

Tell me a bit about yourself and career.
My name is Ryan Garcia, and I have been an actor since just about as long as I can remember. Joined SAG at the age of 7, and as much as I tried to pursue interests and a potential career outside of performing, the undertow of acting and story telling always sucked me back in!
How would you describe My Fiona?
My Fiona is an honest portrayal of the complexities of grief, which at times are paralyzing with depression, and other times inexplicably filled with laughter. When Jane loses that person closest to her, Fiona, she is set on a journey to not only try and fill that mammoth void, but perhaps unknowingly, attempt to define it. And in her quest to define her loss and herself, things get messy. Especially with Fiona’s wife, Gemma, and their child Bailey.
In what ways do you relate to any of the characters?
I very much relate to the character of Gemma. Who is trying to muscle her way through her pain. Faced with unimaginable heartbreak, she chooses to put her head down, and bury herself in work. That’s something I know I’m prone to do. Is it healthy? Probably not. But it’s definitely a go to.
What was it like working with such an amazing cast?
Working with this cast was a DREAM! And being lucky enough to be married to the director, I got to be with them on the days I wasn’t shooting as well. It was so wonderful to witness not only the generosity of their work, but the generosity of their character.
What were some challenges of directing the movie?
You’d have to ask the director, but one thing I learned from watching her work is that you can do all the prep in the world! But on the day, because of whatever extenuating circumstances and obstacles come hour way, you may have to throw away whatever ideas of perfection you had, and allow spontaneity and impulse to guide you.
What are some of your favorite memories from working on set?
Being surrounded my friends. I really did just love spending time with all these people. I especially loved having nerf gun battles with Elohim, who played Bailey.
What else are you working on?
I am currently voicing multiple characters in an upcoming animated Nickelodeon show, and also one of the lead voices in an animated feature starring Kenneth Branagh, Olivia Cooke, and William Shatner. Aside from that, I continue to teach and coach acting at John Rosenfeld Studios in LA.
Tell me a fun fact about yourself.
My greatest pandemic hobby has been biking. And I don’t mean beach cruising on the boardwalk. I’m talking full on clip-in pedals, matching outfit, padded butt, the whole thing. Oh, and I’ve cut my own hair now for over a year.
What are you watching on TV these days?
I’m currently writing a family friendly musical/comedy podcast with my writing partner Sterling Sulieman, (also in My Fiona) so all of my viewing has been Pixar and Disney animated movies. Also, the movie Wolfwalkers was GORGEOUS!
Anything else you want to share?
What do people say here? Hmm. My instagram handle is @muchosgarcias. Does that work? Yes. Yes it does.
Facebook
Twitter
Pinterest
LinkedIn