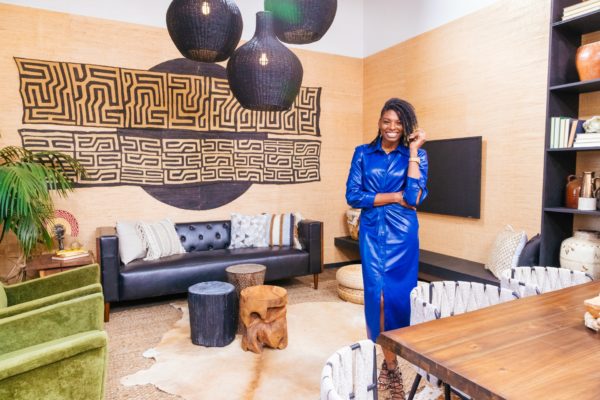 “Throughout this competition, I created spaces that were more and more ‘me.’ I laid it all out on the table here,” said Carmeon, as she reflected on the competition midway through the finale episode. Later, she was overjoyed to hear that her authentic approach worked. “Is this real? I just won $50,000 and my own show. I am the next Design Star!”

The judges gave high praise to Carmeon, noting her sophisticated use of materials and keen ability to elevate her creations by breaking design rules. She also clearly expressed her specific design narrative and personal brand through her ‘modern Bohemian’ design style, which notably impressed the judges. For example, in the final episode, Carmeon beautifully executed a living room and bedroom design inspired by her family’s dream of living in Ghana.

“Carmeon is an incredibly talented designer whose creativity and heart were on full display in Design Star: Next Gen,” said Jane Latman, president, HGTV. “Plus, in an age driven by clicks, likes, downloads and views, she already has a strong social media presence with thousands of followers and that puts her in an excellent position to inspire and motivate new audiences to follow her on-air, by streams and via her social media platforms. We’ve got a winner.”