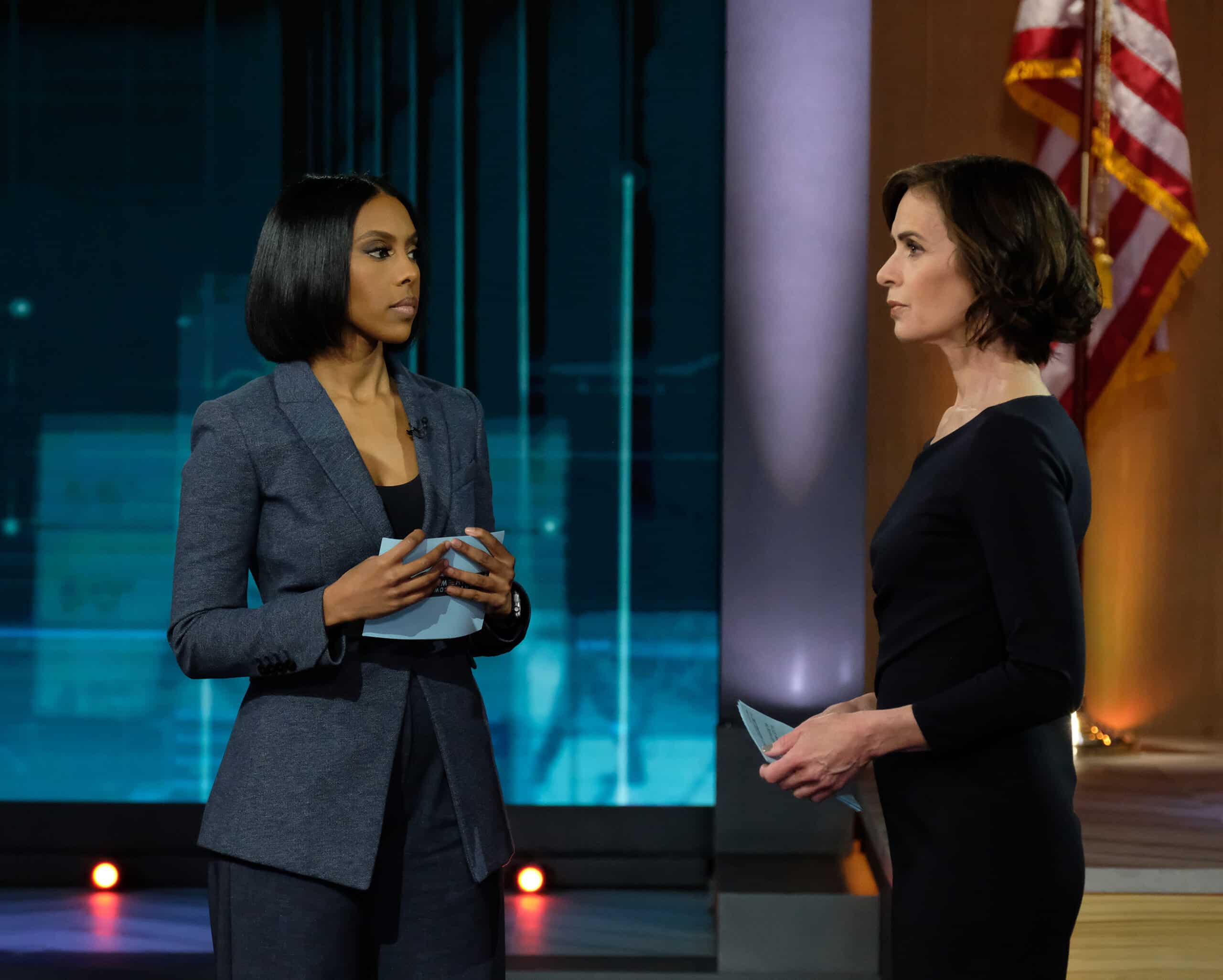 Tonight’s episode of Fox’s America’s Most Wanted opens with Elizabeth Vargas sharing the news that Alison Gracey and Christopher Jones have been captured. The Catch Counter is now up to 1,189. They are currently in jail in Madrid and will be charged in the United States once they are brought back into the country.

Maurice Nesbitt of Atlanta, Georgia, was a rapper who was known for his violent, misogynistic lyrics. He was very controlling when it came to his girlfriend Rashawn Jackson, especially when it came to money, having a cell phone and her seeing her family. Her mom and sister knew what was going on, but were powerless to stop it from happening.

Rashawn was finally able to get away from him and moved back in with her mom and sister. On May 27, 2014, Maurice came to see her, which led to them fighting and her getting killed. He escaped right after the murder and has not been seen since September 2017.

Paul Holes points out his comedy and tragedy tattoo and how he can change his look by adding or removing his beard.

He describes him as a cobra killer, meaning that he can restrain himself, but only for so long before he makes his move.

After two months, Maurice was found, thanks to the fact that he used the same car he used in his music videos. He was apprehended, but let out on house arrest when he said (without proof) that he had cancer.

However, there was a case against him and he was charged with murder. In 2017, he skipped town in lieu of going to the verdict his trial. He cut off his ankle monitor on the run.

Yodit Tewolde says that the state of Georgia have certain exceptions to let anyone out on bond, and apparently Maurice’s supposed cancer was one of them. Yodit is surprised that this was even allowed without proof or raising bond.

Maurice may be in Mexico City and speaks Spanish. Yodit reminds people to document every account of abuse, while Elizabeth gives sources for people in abusive situations.

The prosecutor in the case says that since he faced no consequences, he is probably too cocky to leave town. She also thinks that he is putting people in danger and should be brought to justice.

Elizabeth ‘Liz’ Barraza of Tomball, Texas, was killed in January 25th, 2019 while setting up for a garage sale. The female suspect was in a truck, wearing a dress, boots and possibly a wig.

Josephine Overaker is a terrorist/activist on the run. She began as a peaceful protester, but she and another man named Jacob Ferguson. decided to take it to the next level. In 1996, they, along with the Earth Liberation Front, began a series of arsons around the country. However, they were hard to catch because they also managed to burn or destroy the evidence.

This went on for years and grabbed national media attention when they began a fire in Vail, Colorado that caused tens of millions of dollars in damage.

The avatar shows scars on her arms and bird tattoos on her back. Yodit says she is the only one in the group not caught and that she faces life in prison. The FBI is offering $50,000 for her capture.

Despite leaving the initials ELF on the crime scene, the terrorist group was unstoppable. This led to them focusing on the arson in Eugene, Oregon and Jacob getting immunity in exchange for his cooperation. He wore a wire to get the FBI information on the group, which led to everyone except Josephine being captured. She was last seen on a bus going to Eugene, Oregon, but escaped by the time the FBI got there. She could be anywhere in Oakland, Europe (via stolen passport) or British Columbia.

Paul says she is probably living off the grid, but still involved in crimes and extremist groups.

Frederick Arias is a former cop turned criminal who retired from the force in 2008. He missed undercover work, so he seemed to be in a mid-life crisis. He and another man named Bradley Tennison started an investment firm called the Joseph Project that would also help humanitarian projects.

Things seemed to go smoothly, until he tells his son to get his family’s passports and warns him that they might have to leave the country. It turned out that he swindled the life savings of several people, including his uncle and grandmother.

Pretty soon, the gig was up and Frederick was arrested….only to escape to the Canadian border. He has not been seen since 2019.

Yodit says that he can completely change himself and his look, thanks to his undercover work. He is also a charmer who is able to allow people to let their guards down.

Frederick’s son Nick talks about his undercover work, his favorite disguise being a Colombian drug lord. He thinks he may be in the Dominican Republic and hopes he turns himself in so he can see him before he goes to prison.

Lauren Dumolo is a young mom who is missing in Florida. She is 30 years old and has been missing since last June when she went to apply for a job. Her bag and shirt were found, but she has not been seen since she applied for the job at the gas station.

Join us for more updates!