Court TV, the only multi-platform network devoted to live, gavel-to-gavel coverage, in-depth legal reporting and expert analysis of the nation’s most important and compelling trials, has begun its extensive coverage of the murder trial around the death of George Floyd with jury selection underway. Court TV will be the only network in the world to cover the proceedings live and in their entirety.

Forty-six-year-old African American George Floyd was killed on May 25, 2020, in Minneapolis while being arrested for allegedly using a counterfeit bill. Footage showing Minneapolis police officer, Derek Chauvin, kneeling on Floyd’s neck while three police colleagues looked on, went viral on social media and sparked a global movement protesting against police brutality and racism. The four officers will be tried in the case, with Chauvin being tried separately and facing murder charges in the first of the trials. The three other officers are charged with aiding and abetting murder.

“The death of George Floyd was a watershed moment in our country,” commented Scott Tufts, Court TV Senior Vice President. “Given the cultural impact it had from the beginning, this trial is one that needs full transparency, and we are pleased that Hennepin County court officials share that view. Our team has been working with them for months to ensure that cameras would be allowed in the courtroom and that all viewers would have full access to the proceedings.”

Court TV’s extensive coverage will include new virtual recreations, and insights and discussions from seasoned attorneys, investigators and forensic experts. 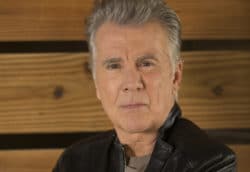