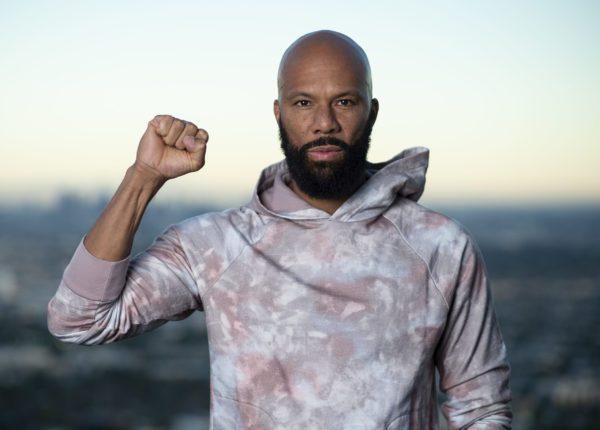 SOUL OF A NATION - Common opens the series premiere of “Soul of a Nation” with a spoken word performance airing Tuesday, March 2, 2021 at 10pm ET on ABC. (ABC/Matt Petit) COMMON

ABC News announced award-winning actor/producer Sterling K. Brown will be the special guest host for the series premiere of primetime newsmagazine “Soul of a Nation.” The premiere episode will dive into this moment of racial reckoning in present-day America tackling issues ranging from policing to reparations and segments highlighting the arts and entertainment. Brown, ABC News’ Adrienne Bankert, Sunny Hostin, Byron Pitts and Pierre Thomas lead this groundbreaking hour. It will feature interviews with actor and reparations activist Danny Glover, EGOT winner, producer and social activist John Legend, and U.S. Capitol Police Officer Harry Dunn, one of the many officers who defended the Capitol on Jan. 6. Plus, Legend will give a special intimate musical performance. This historic six-episode series will debut Tuesday, March 2 (10:00-11:00 p.m. EST), on ABC. Episodes can also be viewed the next day on demand and on Hulu.

The premiere episode of “Soul of a Nation” includes the following stories and conversations:

Brown joins the previously announced Jemele Hill and Marsai Martin on the stellar roster of special guest hosts for each “Soul of a Nation” episode with interviews and reporting by ABC News anchors and correspondents.

“Soul of a Nation,” the first broadcast network newsmagazine that aims to put Black life in America front and center, will present viewers with a unique window into authentic realities of Black life and dive deeper into this critical moment of racial reckoning. It will travel across the country, unpacking issues critical to Black Americans through intimate storytelling, and bridge the past, present and future through a variety of voices and experiences from athletes, entertainers, performers and screenwriters. Each episode will explore a specific theme, including spirituality, Black joy, activism in sports, and the racial reckoning that erupted after George Floyd’s death; and familiar faces – performers, activists, scholars and clergy – will gather for an entertaining and provocative conversation “in the kitchen” about current events. A special performance featuring some of the nation’s greatest musicians or spoken-word artists will close out each show.

“Soul of a Nation” is executive produced by Eric Johnson and Robe Imbriano. Chantre Camack serves as executive editorial producer. James Adolphus is series director, and Marie Nelson is the series creator and senior vice president of Integrated Content Strategy at ABC News.

“Soul of a Nation” is the latest original programming from ABC News which has a renewed focus on telling diverse stories across the news division. Previous programming includes the No. 1-rated “Juneteenth: A Celebration of Overcoming,” three-day division-wide series “Pandemic – A Nation Divided” on the disparity in race and class amid the pandemic, “America in Pain: What Comes Next?” on the protests and outrage across the country in response to the killing of George Floyd and police brutality and systemic racism against Black Americans, the month-long reporting series “Turning Point” and pre-election special “America’s Future: The Power of the Latino Vote.”