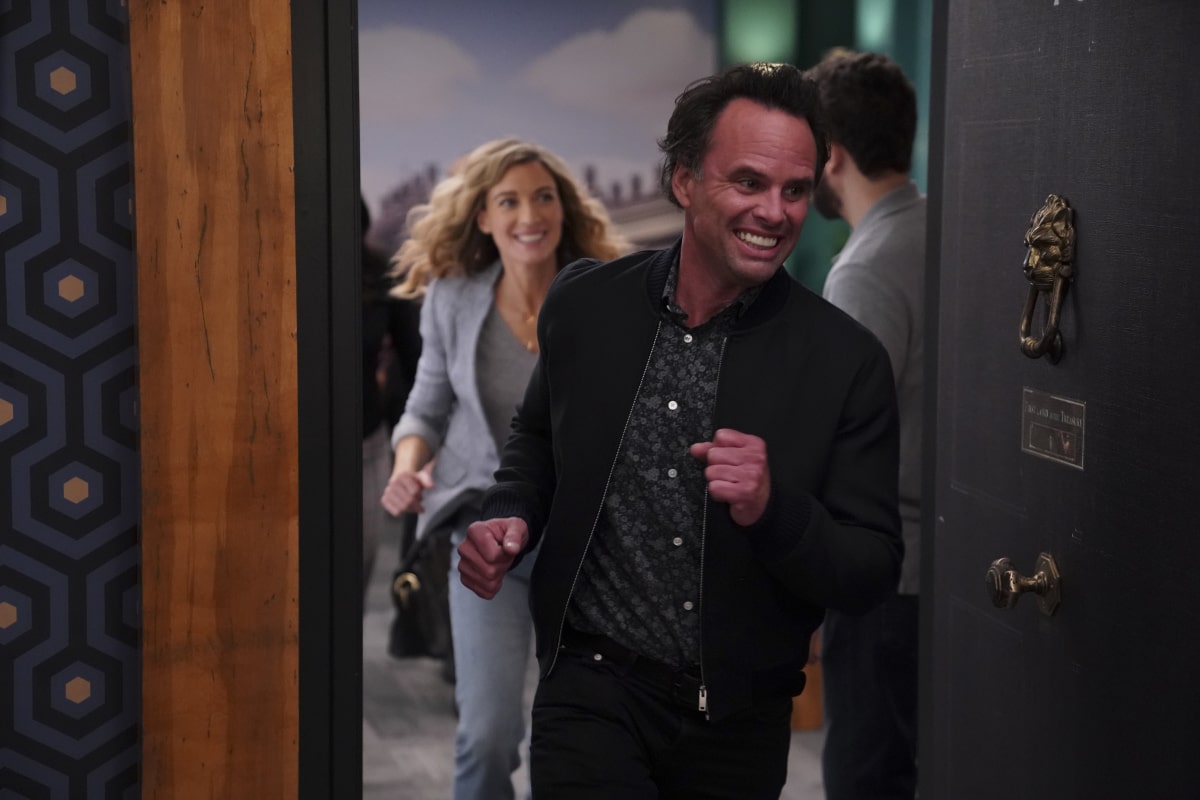 ICYMI: The Unicorn Recap for No Exit

The episode opens with the gang at an escape room. Delia (Michaela Watkins) says it is the toughest in the city, while Forrest (Rob Corddry) says that he knows everything about the world’s best gentleman agent. He is excited to try and beat his co-worker Dmitri’s time.

Michelle (Maya Lynne Robinson) says she could look for things at home, while Ben (Omar Benson Miller) thinks it could be fun. Delia brags about being a puzzle whiz, while Forrest is glad Wade is not the odd man out since he now has Shannon.

As the gang reminisces on their past adventures, a guy named Jared (Ali Ghandour)  prepares them for the adventure. Ben begins to get scared, while Wade (Walton Goggins) and Shannon (Natalie Zea) tell Jared the aspects of their relationship.

Jared closes the door on them, with Ben asking what to do if they need to zip out.

The gang begins solving the first puzzle, with Delia thinking she can solve it, despite her struggling. As everyone else helps, Ben sits in a chair, absolutely terrified. Michelle tries to make him feel better and promises they will be out in no time.

Everyone seems to get really into it, getting to the safe, While they try to solve the code, Natalie calls Wade for his Amazon confirmation code. Jared overhears and accuses him of cheating.

They get to the secret passage and climb in to get to the next section. While he lets Shannon go ahead, he calls her, Jill, confusing him and trying to ask Michelle if anyone heard him. She says they all heard him.

While they check out the next room, Wade tries to talk to Shannon, but she doesn’t want to hear it. He asks Michelle what to do and she tells him to leave her alone.

Wade gets another text from Natalie (Makenzie Moss) , followed by an alert from Amazon regarding the movie White Fang. He realizes she is trying to watch the movie instead of reading the book and shuts off the Wifi remotely. This upsets Grace (Ruby Jay) (who is watching cat and turtle videos) and Natalie, who is trying to work.

Ben talks to Shannon about his fear of small spaces that stems from him being stuck in a claw machine as a child.  As this is happening, Delia gets upset about Michelle being better at the game. Everyone continues to try and solve the puzzle, but keep getting yelled at by Jared.

Wade once again tries to talk to Shannon, who says she wants some space. He walks away and gets another call from his daughters over the Wifi. He tells Natalie to read the book and hangs up.

Forrest and Michelle talk about trying to win, despite the fact that Delia is upset. They realize they are running out of time, so they continue to help Delia solve the puzzle. Once she figures out the code, they finish the game and escape. Forrest thinks he beat his co-worker’s time, but they are penalized due to Wade using his phone.

Wade and Shannon make up, deciding to take things on their own terms.  They seal the deal with a kiss and locking themselves back in the room.

The episode ends with Natalie reading the book and Grace cleaning and baking brownies. Wade jokes that he might not turn the internet back on, upsetting Grace. Natalie tells them both to be quiet. 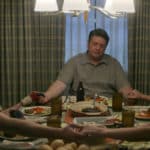 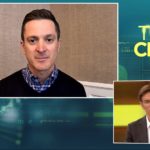