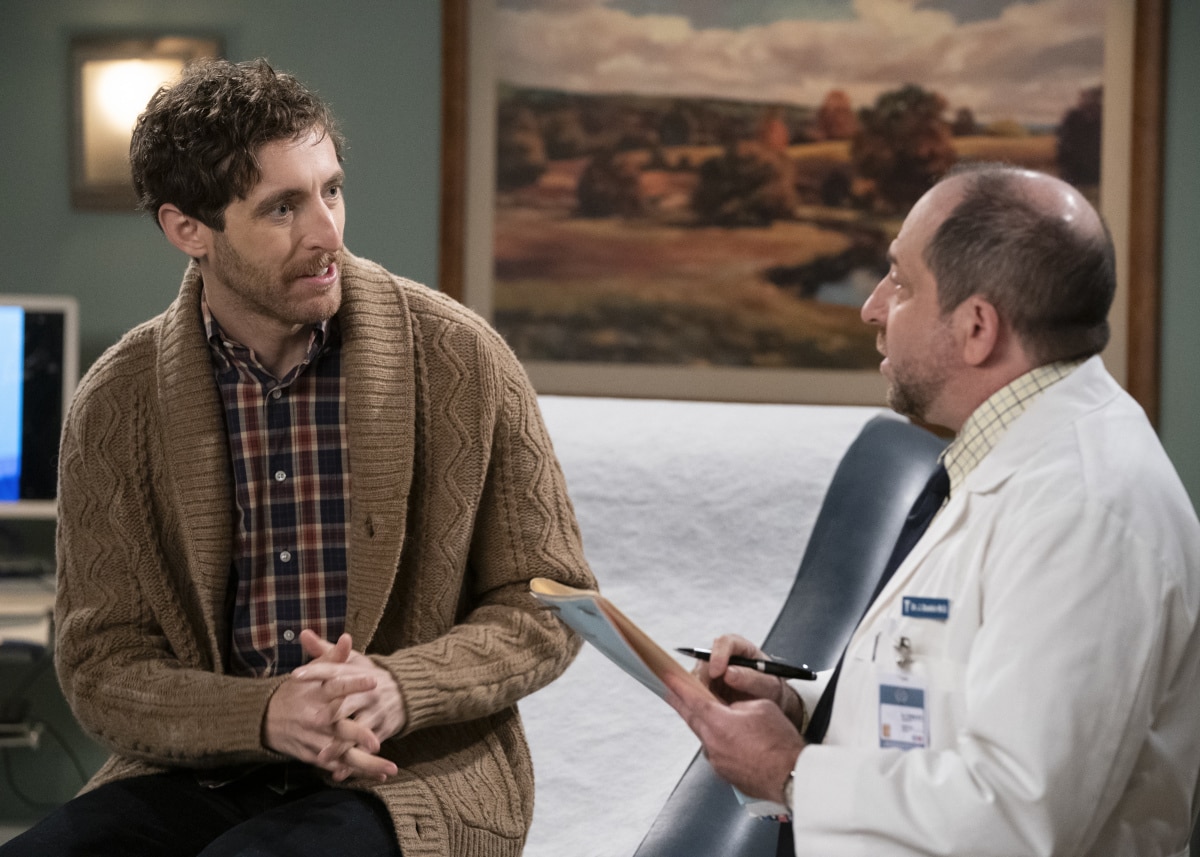 The episode opens with Drew(Thomas Middleditch)  in dialysis, waking up after he passed out. Gideon (Darryl Stephens), Eli (Terrence Terrell)  and Larry (David Anthony Higgins) are surrounding him, saying that he scared them.  Samantha (Briga Heelan)  gets snarky about it, but Eli says she was scared too. She says that she is scared she wasn’t nice enough to Gina to get her kidney is Drew dies.

Gideon checks his blood pressure and says it is low. Drew admits he passed out earlier that week, so Gideon insists he sees the doctor. Eli carries him out of the room with Samantha filming and Gideon making snarky comments.

The doctor (Jason Kravits) checks on Drew and tells him he needs to take better care of himself or he might not make it to the surgery. This scares Drew even more.

At home, Gina (Annaleigh Ashford) comes in to see Drew unpacking his new diet food. He explains what the doctor said and says she can eat what is in the junk food pile. She promises to eat healthy with him after she is done with the junk food.

Drew says this is serious and Gina promises to be his personal trainer, showing off her skills and saying he owes her $100.

Maddie comes in after her soccer game, sharing her winning excitement. Drew apologizes for missing the game, but promises to be there to see her at Nationals by getting a dialysis center in Ohio. She runs off in excitement with Drew admitting that he only said it to make Maddie (Izzy G) feel better. However, he does attempt to make it happen by looking into dialysis centers.

Later on, Gina is helping Drew work out when one of the dialysis places calls. Gina pretends to be Drew and discovers there is no room at the center, so he won’t be able to go see Maddie after all.

This leads to him getting an iPad for Maddie and explaining to her that the dialysis thing didn’t work out. He asks if Julia (Sara Rue) can record it and she agrees as she tracks her wine delivery.

That night, Gina comes home and sees Drew on the couch eating junk food and playing video games. He is in the middle of a pity party and says she has not had to give up as much since all she did was party. This offends her and they end up arguing, with Gina saying that this process caused her to have a falling out with her sister and quitting as his fake trainer.

The next day, Gabby (Kether Donahue) is giving Norma (Linda Lavin) a makeover at the nursing home. Norma wants to give her a tip and warns her not to say no. Gabby says she hasn’t said no since she was seventeen. Drew walks in, with Gabby wondering how he got past the desk. He says there is no one there and she realizes that is where she should be.

Norma yells at Drew for being mean to Gina, telling him that she is sacrificing more than he realizes and reminds him that she is special. He wants to go find her and Gabby says she is at Paul’s. He goes to find her with Gabby and Norma arguing over which one of them is Gina’s bestie that she would take on a make up vacation.

Drew finds Gina at Paul’s place, with his mom announcing his arrival. He also says Paul needs to do laundry. As Paul cleans, Gina admits she is drunk and high because she had another fight with her sister. She then gets into all the mistakes she made, with Drew telling her she is better than she thinks. Gina is still loopy, but goes home with Drew.

In the car, Drew calls Gina’s sister to tell her that Gina is wonderful and saving his life. However, it takes forever because he has to leave multiple voicemails.

The episode ends with Gina and Drew making up and thanking each other for what they do for each other. 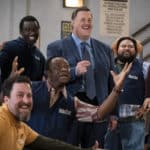 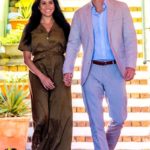