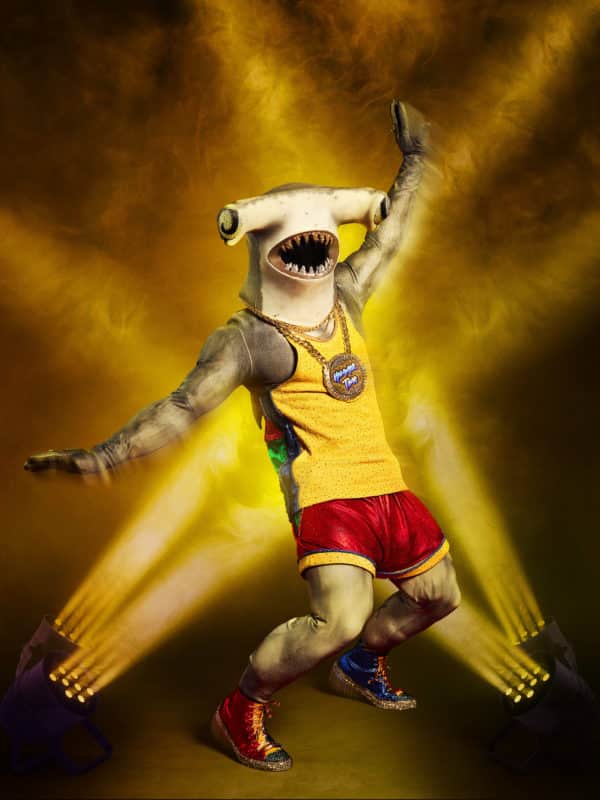 Cotton Candy’s clues include five gold balloons. Her dance is done to Great Balls of Fire and has a jive and gymnastics feel to it. There is also a carnival theme, which has lots of bars and rings, making me feel it might, indeed be an Olympian. My guess is Gabby Douglas.

In the Rapid Fire portion, we find out she is physically fit, does part of her career on ice and cannot dance in heels. Now I wonder if it is a figure skater. I am going to change my guess to Kristi Yamaguchi.

The judges think it could be J.Lo, Kristi Yamaguchi, Tara Lipinski, Gabi Butler or Simone Biles.

Exotic Bird is up next. The dance was beautiful and dreamy. It kind of reminds me of a rumba mixed with a contemporary dance. I think it proves that she is here to stay. The clues include a rose tattoos and a mama bird and getting her sexy back.

The Rapid Fire clues include being in a music video, having a baby and a campaign ad.

The guesses include Kat Von D, Dita Von Teese, Kate Upton and Ashley Graham. However, Whitney calls Kate, who answers her phone, so it means it is NOT her….or did someone else answer to throw people off?

The Sloth’s clues include stars and the number 18. He does a ballroom type dance that has kind of a Broadway theme. I think he is a professional dancer and am going to guess Tony Dovolani or Maks Chmerkovskiy. Tony played Slick Willy aka the bad boy in Shall We Dance, while Maks is known as the bad boy in ballroom and that fits with the last clue.

Rapid fire teaches us that he misses his family, he would be an elephant and being in costume is not easy.

Hammerhead talks about New Jersey, Vegas and has suntan oil as his clue. He dances the paso doble and has a lot of spirit and athleticism in his dance. I initially thought it was Richard Simmons, but now I am thinking someone from Jersey Shore?

Rapid Fire clues include not having stage fright, working in a group and having a public relationship.

Guesses include Pauly D, The Situation and Vinny from Jersey Shore and David Dobrik.

The Tulip talks about mother/daughter dances, competition and loving performing again. It is a contemporary dance that is so beautiful and makes me think this is a professional dancer. However, I can’t think of any off the top of my head that are moms except Edyta Sliwinska?

Rapid fire clues include losing batteries on her phone and being good at memorizing dialogue.

The Zebra rounds out the night with the clues loving to perform again, KO and being claustrophobic. He does another Latin dance that makes me think he has some sort of dance background, but I cannot think of anyone who would also be involved in boxing. The boxers who were on DWTS didn’t do so well, so I don’t think it is any of them.

The dancer going home tonight is Hammerhead. The final clues include that he likes to work out, is taller than Ken, did some stand up comedy, has been to New Jersey and loves social media.

The final guesses are Pauly D, Kevin Hart, The Situation and David Dobrik. However, the Hammerhead is none other than VINNY G from Jersey Shore.