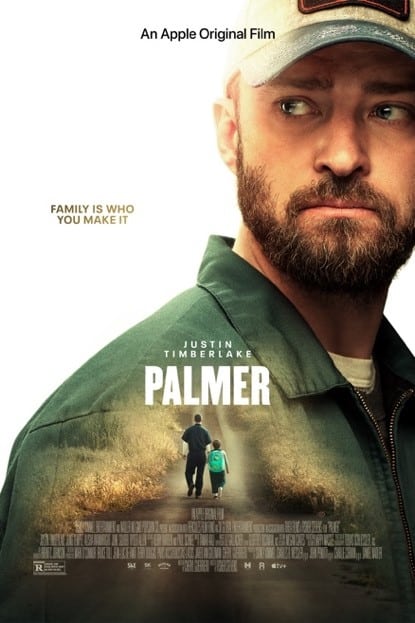 Justin Timberlake’s latest movie Palmer drops on Apple TV tomorrow and we have a look at what to expect. It looks as if Justin is going from boy bander to movie man and may be on his way to winning some major awards. Check it out below.

Former high-school football star Eddie Palmer (Justin Timberlake) went from hometown hero to convicted felon, earning himself twelve years in a state penitentiary. He returns home to Louisiana, where he moves back in with Vivian (June Squibb), the grandmother who raised him. While trying to keep his head down and rebuild a quiet life for himself, Palmer is haunted by memories of his glory days and the suspicious eyes of his small town community. Things become more complicated when Vivian’s hard-living neighbor Shelly (Juno Temple) disappears on a prolonged bender, leaving her precocious and unique 7-year-old son Sam (Ryder Allen), often the target of bullying, in Palmer’s reluctant care. In time, Palmer is drawn into a more hopeful world as he forges a connection with Sam through their shared experience of being made to feel different by those around them. Life improves for Palmer, and a romance develops between him and Sam’s teacher Maggie (Alisha Wainwright). An inspiring and unexpected journey unfolds for the three of them, but soon Palmer’s past threatens to tear apart this new life.

Apple TV+ is home to award-winning Apple Originals from today’s most imaginative storytellers. Apple TV+ offers premium, compelling drama and comedy series, feature films, groundbreaking documentaries, and kids and family entertainment, and is available to watch across all your favorite screens. After its launch on November 1, 2019, Apple TV+ became the first all-original streaming service to launch around the world, and has premiered more original hits and received more award recognitions faster than any other streaming service. Apple Originals have been honored with 136 awards nominations and 43 wins in just over a year, including Critics Choice Awards, Critics Choice Documentary Awards, Daytime and Primetime Emmy Awards, an NAACP Image Award, a Peabody Award, and more.