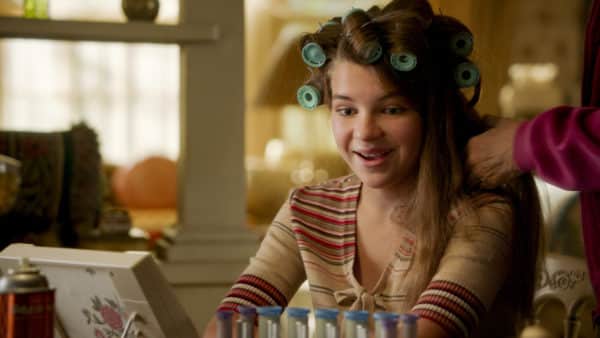 The episode opens with Sheldon (Iain Armitage) buying school supplies and explaining college ruled paper to Billy (Wyatt McClure). He seems confused and says that college seems hard. Brenda (Melissa Peterman) tells him he has nothing to worry about and he says okay.

Mary(Zoe Perry)  reminds Missy (Raegan Revord) to pick out a gift for a birthday party she is attending. Missy responds by saying she is going by Melissa now. Mary turns to Brenda and says ‘middle school.’

Billy is confused as to why Missy wants to be called Melissa, so she and Sheldon explain nicknames to him, saying Billy is short for William. He is still confused since his underpants say Billy. He asks Brenda if his name is William. When she says yes, he wonders whose underpants he is wearing.

George(Lance Barber) is helping Pastor Jeff (Matt Hobby) get his baby’s nursery ready. As they are working and talking, Georgie (Montana Jordan) tries to start George’s motorcycle. George tells him he cannot use it because Mary won’t let him use it either. Georgie asks if he can sell it, but George won’t let him do that either. He says kids are a pain, but that he thinks Pastor Jeff’s will be fine once he gets a look of horror from him.

Melissa and Sheldon are looking at their school supplies. She explains her notebook is now different because it has horses. As they continue to look at their stuff, Mary checks the messages and hear one from Dr. Sturgis (Wallace Shawn), who is calling for Mary. He also has a follow up call for Sheldon, explaining why he didn’t call him first.

When Mary calls Dr. Sturgis back, he explains supercolliders and that he has a new job. This means that he will not be teaching at Sheldon’s college. Mary is upset by this because he was supposed to be looking after Sheldon. She also thinks Sheldon will be upset about this, but Sheldon just wants a bumper sticker.

Mary tells MeeMaw (Annie Potts) about this, but she has no idea what is going on with him. Even though they were broken up, she thought they were still friends and he would tell her that he was moving.

Later on, Sheldon asks Melissa for advice on a bow tie to wear. She thinks he will be the weird kid who eats alone, but reluctantly tells him to pick the blue one.

Mary drives him to school, wanting to help him during orientation. He wants to be independent from her, causing them to argue and her to accuse him of being childish.

George and Pastor Jeff continue to get ready for the baby and discuss life as parents. Pastor Jeff is still excited, even though George keeps trying to tell him the negative aspects.

Sheldon goes into the bookstore to buy books, saying he needs to buy used books since his dad is a football coach and they are poor. After the employee shows him, he starts picking apart the books.

MeeMaw is listening to the radio when they announce President Bush will be visiting the location of the supercolliders, putting her in a bad mood. At that moment, Melissa arrives, wanting MeeMaw to curl her hair. MeeMaw is cranky, but Melissa says she is always cranky, so now is a good a time as any.

Mary is in the cafe, drinking coffee, when Sheldon’s old classmate Sam (Taylor Spreitler) shows up. They discuss Sheldon a bit and then Sam offers to give her a tour of the campus and buy her a shirt.

Pastor Jeff begins to freak out about being a dad. George thinks he is calming him down, but isn’t really helping the case.

MeeMaw does Melissa’s hair, with Melissa wondering if she will now look older….but not MeeMaw older. They discuss boys, with MeeMaw being jealous that Melissa’s boyfriend Marcus being more attentive to her than Dr. Sturgis was to her.

Sheldon runs into Sam and Mary as he rushes to get his ID picture done. Before he leaves, he tells the employee not to touch his book system and Mary to remove the sweatshirt because she doesn’t go there. As he rushes down the hall, he bumps into a kid with a slurpee, getting it all over him. He yells at the student, going to get his picture taken, only to get his eye stung by a bee.

Meanwhile, Mary and Sam get invited to a party, with Mary being excited that she was mistaken for a student.

Melissa is pleased with the results with her hair. MeeMaw calls her a heartbreaker. Melissa doesn’t want to be a heartbreaker and continues to praise Marcus, making MeeMaw even more jealous.

Sheldon continues to have a disastrous day, with his zipper breaking and being tangled in duct tape.

Pastor Jeff’s breakdown continues, with George wondering where he went wrong in his own life.

Mary bonds with the college students, who are impressed she is a mom and so cool.

The episode ends with MeeMaw getting a letter from Dr. Sturgis explaining he didn’t call her because he was afraid of her reaction and because he wanted to use his new astronaut pen. As she reads her letter, Pastor Jeff and George are riding his motorcycle, squealing in delight. 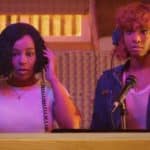 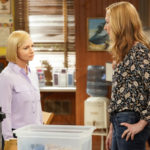