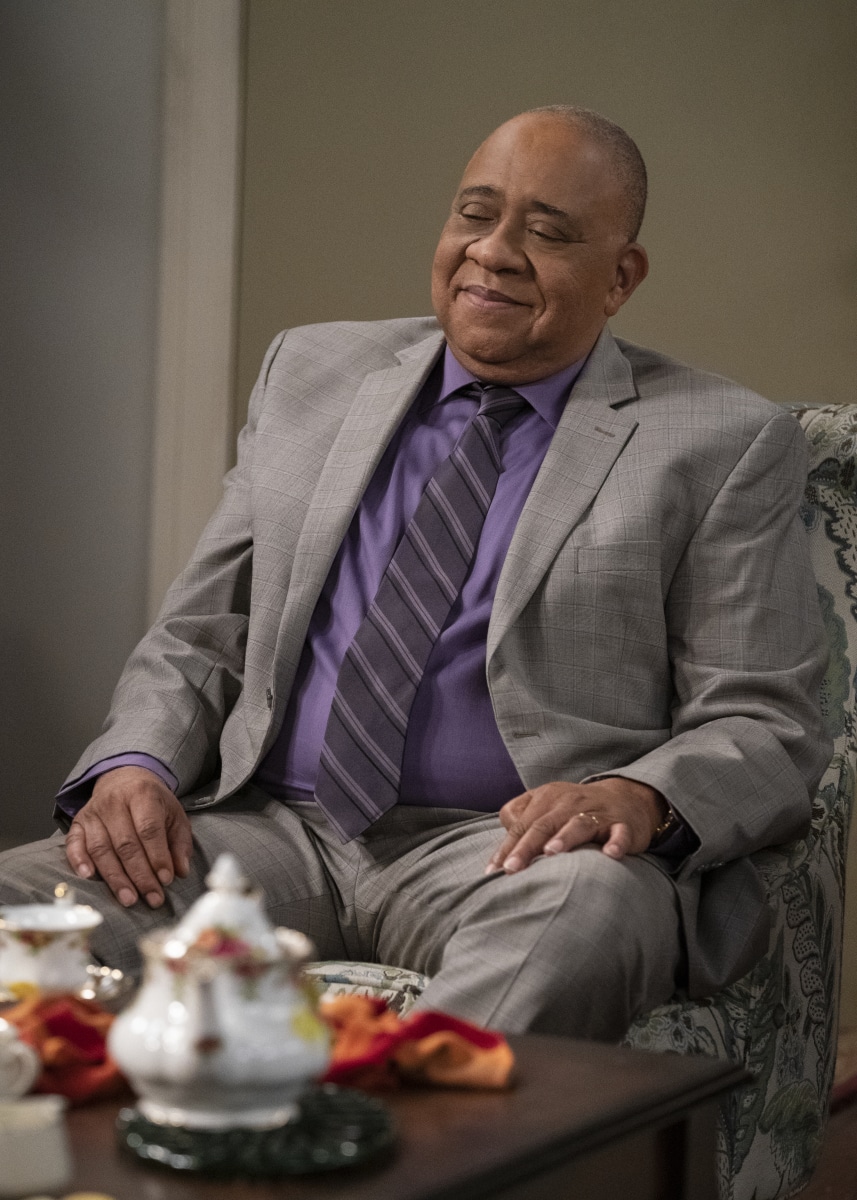 The episode begins in Nigeria with a mystery man (Dayo Ade) in a market buying a suitcase, fish and other items. Little does he know he is being watched by a mystery woman.

Back in Detroit, Kemi (Gina Yashere) goes to talk to Abishola (Folake Olowofoyeku) and Gloria (Vernee Watson). She gives a lot of details before getting to the big news. Abishola’s husband Tayo, aka the mystery man is coming to see her. Abishola freaks out, but Gloria tells her to calm down until Kemi reveals the visit is Facebook official.

Bob (Billy Gardell) and Abishola talk about Tayo’s upcoming visit. Bob admits he googled him, while Abishola says he is probably coming to see Dele. Bob is still worried about the visit because she is still married, but Abishola says she doesn’t want to see him. However, they do need to see each other for the sake of Dele and so she can ask for a divorce. He plays some funky music and dances for her to lighten the mood.

Kofo (Anthony Okungbowa), Goodwin (Bayo Akinfemi) and Douglas (Matt Jones) are at lunch together, trading food when Bob comes in, trying to find out about divorce in Nigeria. Goodwin and Kofo say that divorce and good sushi (which they got from Douglas) cannot be found in Nigeria.

Douglas says there is a better chance to find a person with eleven fingers and toes. Kofo suddenly leaves, all embarrassed. Goodwin says that he is embarrassed about his extra nipple.

At home, Abishola is talking to Olu(Shola Adewusi) about how Tayo is coming and she is upset over it. However, Olu thinks she is secretly looking forward to it, especially since she is in a new dress and says he prefers rice to yams. Olu continues to be snarky with her until she goes to talk to Dele.

Dele (Travis Wolfe Jr.) is getting ready to see his dad when Abishola tells him how proud she is of him and that she thinks his dad will be too, especially with the trophies are on display. He tells her she looks nice, but she insists she looks the same as always.

Tayo shows up and greets Tunde (Barry Shabaka Henley), Dele, Abishiola and Olu. Dele and Olu seem happy to see him, but Abishola and Tunde give him more of an attitude.

Bob is eating popcorn and watching movies with Douglas, Christina (Maribeth Monroe) and Dottie (Christine Ebersole). They all rib him for Abishola being with her husband and wonder if her dinner with him is a date and if Bob is the other man. Christina talks about being the other woman, but Douglas says Bob and Abishola are in an actual relationship, so their situations are different.

Bob then sends everyone home, but Christina insists on staying.

Abishola and her family are spending time together after dinner, filling each other in on their lives. Abishola is still giving Tayo an attitude, even when he helps with the dishes and insists that he has changed. He tries to make a move on her, but she pushes him away and makes him do the dishes.

The next day, Bob is still concerned over how the dinner went with Abishola and Tayo. She gives a cliff’s notes version and he said he could have texted her more than ‘went well’ at 1am. She tells him to be patient with everything and leaves, making him think he is the side piece.

Tunde and Tayo are having lunch together when Bob walks into the restaurant to meet Tayo and talk to him about Abishola. Tunde says that if this is a soap opera, they would discover they were brothers.

Tayo says he wanted the family to go back to Nigeria and in a way, Abishola left him and everything else is none of his business. However, he shoves his current success and what he can do for his family in Bob’s face.

Later on, Bob and Abishola meet for tea and he admits he met Tayo. Abishola is mad because he went behind her back. He is convinced she won’t go back with him, but she says he is her husband and seems unsure about everything.

The episode ends with Tayo picking up Dele for some father son time. Abishola finally has the courage to ask for a divorce, but he refuses. As he leaves with Dele, he promises to be home for dinner. 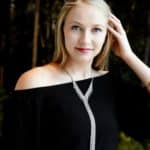 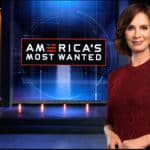