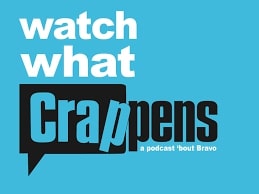 No Academy Needed! Voted on By Fans, the Golden Crappies Awarded the Best and Worst of Bravo TV Before Live Audience

LOS ANGELES – January 27, 2021 – Watch What Crappens’, the wickedly funny podcast that lampoons the weekly happenings and delicious drama of Bravolebrities, has announced the winners (and losers) of the 9th annual Golden Crappies. This coveted award, originated by the hit podcast Watch What Crappens, recognizes the good, the bad, and the really bad from your favorite Bravo shows. With over 17,000 votes cast in 20 categories, the fans have spoken!

Podcasters Ben Mandelker and Ronnie Karam, hosts of the hit podcast, held the annual ceremony live, virtually on January 21. Over 2,500 people attended the star-studded show, including some of our favorite Bravolebrities. The show is streaming until Thursday, January 28 only. Tickets are still available.

“This year, truly, we weren’t sure what to expect because of the pandemic and having to go live virtually,” said Mandelker. “To be able to share this event with so many more fans was an incredible gift,” he continued. “Thank you to all of our fans and supporters – our community is amazing and we couldn’t do this without you!”

Karam added: “To have so many friends in one place like that, even if it’s just on an insanely huge Zoom call, was really cool for me. Like a big office party where you get to laugh together and make fun of the company.”

For the uninitiated, Watch What Crappens is a funny, brash podcast, with nearly 3 million monthly listeners. It’s racked up nominations for “Best Podcast” by LA Weekly and earned praise from Mental Floss, which called it “laugh-out-loud” in its list of “19 TV Podcasts You Need to Hear.” Buzzfeed called Crappens “one of the most influential Housewives podcasts.” Crappens is usually found in the Top Ten iTunes podcasts in the TV/Film genre, and the Top 100 overall.

If you missed the Crappies, don’t worry! It will be available at https://onlocationlive.com/product/watch-what-crappens-live-the-2021-golden-crappies
until Thursday, January 28 at 11:59pm.

About Watch What Crappens
Watch What Crappens started as a lark sometime in 2012 by Ben Mandelker and Ronnie Karam, two colleagues who just happened to like talking about shows they watched the night before. So did lots of others, and their audiences grew and grew. They decided to give live theater a go in 2017.The duo was featured at the 2019 Just For Laughs Festival in Montreal and SXSW in Austin, TX. Bustle called Watch What Crappens “dependably fantastic”; The Huffington Post declared Crappens the “go to podcast for all things Bravo”; and Buzzfeed ranked the show on its list of “22 Fantastic Podcasts To Make Your Commute Less Shitty.” Watch What Crappens is available on iTunes, Google Play, Soundcloud, iHeartRadio, Stitcher, Spotify, and anywhere else where podcasts are found. The podcast airs five times a week. 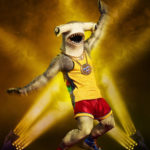 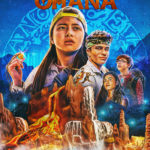