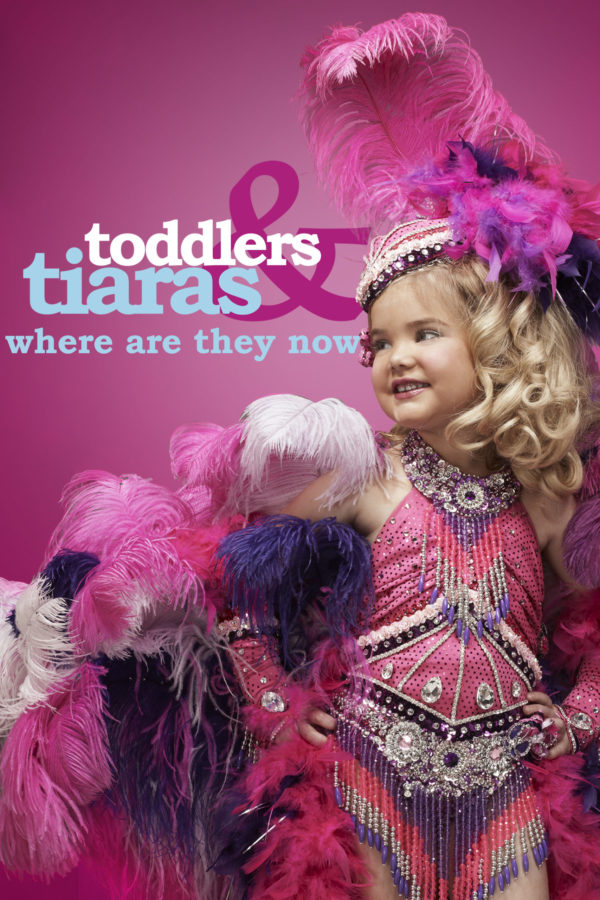 The beloved young pageant queens of TODDLERS AND TIARAS once captivated the nation with their high-stakes beauty performances and when you see what their lives are like today, you won’t believe your eyes! More than ten years after the show first premiered, discover where some of America’s favorite former toddlers and their controversial, over-the-top parents have landed in the new three-part special TODDLERS & TIARAS: WHERE ARE THEY NOW, premiering on discovery+ on January 21.

Join us behind the glitter curtain to see who can still perform old dance routines and squeeze into their sparkle-studded ensembles from yesteryear. WHERE ARE THEY NOW will countdown the most outrageous tactics pageant parents employed to help their daughters shine in front of the judges – everything from questionable costume choices to sugar packet energy pick-me-ups. Watch as momagers and their former pageant divas sit down today and relive some of the show’s most talked-about moments.

Below, get reacquainted with the former toddlers who will be featured on the show:

Eden Wood and mom Mickie – The face of child beauty pageants, Eden was one of the biggest winners in child pageant history, and mom Mickie turned her pageant fame into movie roles. Now she toggles between her mom’s dreams of stardom and pursuing her other passions, including gaming.

Alycesaundra and Giavanna Lyerly (“The Tiara Twins”) and mom Kelly – The Tiara Twins were infamous for their over-the-top gowns, custom tour bus, bodyguard and their outspoken mom. While the twins still love the glamour of pageant life, they’ve grown into new hobbies including knives and crossbows.

Ava Perez and dad David – Ava was barely old enough to know what pageants were back in the day, but her costume designing, routine choreographing, hair and makeup expert dad David was in love with the pageant life. While Ava has moved on to other interests these days, her dad has doubled-down on his costume designing.

Isabella “Bella” Barrett and mom Susanna – Bella was a sass-talking toddler with a fierce coach of a mom. Now, thanks to her jewelry line, Bella is a self-described self-made young millionaire and mom Susanna is the Momma-preneur.

Madison “Tootie” Berg and mom Stacy – Madison was known by her pageant alter ego, “Tootie,” and for treating her mother as her assistant. Now in college, Tootie is all grown up but her mom Stacy still waits on her hand and foot.

Danielle Kirby and mom Tedi – Danielle was a perfectionist who bursted with confidence when she was a child, but also a notoriously sore loser when the judges didn’t reward her. These days, she’s still competing in pageants, but is she still as obsessed with winning?

Liana Pirraglia and mom Mary – Liana was once the underdog of the pageant world. Now in college, Liana is pursuing life as a performer—will she be the star her thrift store-shopping mom always knew she’d be?

Elizabeth, Makayla and Savanna Sprinkle (“The Sprinkle Sisters”) and mom Dana – The triple threat sisters who took over the pageant world were known for their big hair and southern charm. Today, they are navigating marriages, college, and chicken pageants—but they are still as glam as ever!

TODDLERS AND TIARAS: WHERE ARE THEY NOW is produced by Authentic Entertainment.

Tags: discovery toddlers and tiaras what to watch