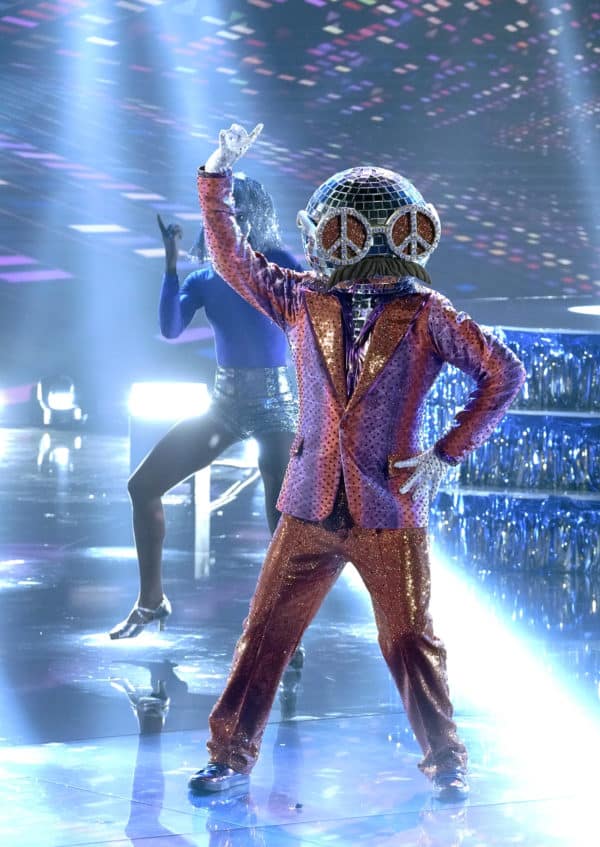 Eight mystery celebrities will dance for their chance to stay in the competition and win. However, tonight we will only see five of them. They will also say word in their own voice to

Shifting into someone else.

Unhappy with who he has become.

DRAMATIC (in own voice)

He dances to Everybody by Backstreet Boys and begins by stripping down into beach gear and playing with a beach ball with his backup dancers. The routine is cute and fun, but my concern is that he will end up falling into the first performance curse if the other dancers do well.

The judges agree he has a youthful, entertaining vibe that also has a boy band vibe.

All in this together.

TRIPLE (in own voice)

She dances to Fergalicious by Fergie. There were a lot of fun moves and lifts, as well as a ton of pep and spirit. Then she surprises us with some tapping and spins.

The judges loved the emotion, sass and clean footwork. They agree she is a trained dancer in control of her body.

Felt like he was being punked when it came to love.

Part of a power couple.

Accomplished (in own voice)

He is a cute, fun dancer with amazing backup dancers that manage to do well without being too distracting.

The judges love him and his spirit and how he committed to his character.

Grew up in a rough block.

Grammy (in own voice)

He seems to dance kind of slow in the beginning and then hits his stride at the end with, well, disco! It is definitely not the strongest dance of the night, but it is quite interesting.

The judges say he has some swag and confidence, as well as some old school entertaining.

Scored (in own voice)

This is an incredible Latin dance with incredible footwork and turns. There is a lot of

The judges love the athleticism and natural rhythm. They think that if she is not a dancer then, she picks up on it quickly.

The dancer that is eliminated is…..DISCO BALL

More clues: He was on the small and big screen, won more awards, famous in the 90s and may have been on the radio.

The DISCO BALL IS ICE T!!!! His daughter loved The Masked Singer and wanted him to do the show and he eventually got the call. He said he had a lot of fun and revealed that the salute was a nod to his military career.

The episode ends with him dancing one last time. Join us next week for more!