Tonight is the last night of 2020 and for many, it is a relief due to the COVID-19 pandemic and other tragic, sad events. However, the entertainment industry managed to help people get through these trying times. Here is a list of some of my favorite 2020 TV, movies and books that entertained me and got me through everything:

Favorite Non-Fiction Book: Tonight at 10: Kicking Booze and Breaking News by Courtney Friel. The Fox News alum and KCLA fan favorite Courtney Friel discusses her secret life as a party girl, which started when she was just fifteen years old. Despite having many hosting gigs and becoming the youngest anchor on Fox News in 2006, Courtney was spending her off camera time battling a serious drug and alcohol addiction. She entered rehab 9/9/09 and has been sober ever since. Her days now consist of being an anchor at KCLA, being a mom and enjoying life as a newlywed to Jim Hecht. She is also an advocate for sober living and hosts a podcasts where  people share their own stories of becoming sober.

Favorite Fiction Book: Four Seasons at Angelinos by Caroline McBride. This book is based on the author’s own relationship and traveling experiences. Charlotte is a young woman who wants to find The One after ending a relationship. She travels the world, not only dating, but also trying new restaurants and simply enjoying life. It is Sex and the City meets Eat Pray Love that should be added to every woman’s reading list.

Favorite New TV Series: B Positive. The show, which stars AnnaLeigh Ashford and Thomas Middleditch, focuses on free spirited party girl Gina and straight-laced Drew forming an unlikely friendship when Drew needs a kidney transplant. The two high school classmates reunite at a wedding, where Gina drunkenly offers Drew her kidney. It turns out she is a match, so she works on changing her life to help him, while Drew learns how to lighten up and appreciate life.

Favorite New Movie: Da 5 Bloods. This drama, which is directed by the legendary Spike Lee, tells the story of four African American Vietnam vets, who return to Vietnam to find their fallen squad leader, who was played by the late Chadwick Boseman. Throughout the movie, we also see them look for a hidden fortune and remember what they faced while fighting in the war that changed their lives, and the lives of others, forever.

Favorite Reboot: Unsolved Mysteries. The cult classic TV series, which aired for over two decades returned to Netflix this summer. While the show is vastly different (no host and each episode focusing on only one case) the scary music and interviews, as well as actual footage/reenactments, bring back those scary feelings and have people everywhere playing armchair detective as they google and Reddit each case. The coolest part? The intro pays homage to the show’s OG host Robert Stack.

What were your favorite entertainment things in 2020? Share with us in the comments! 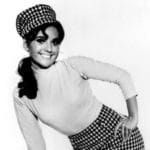 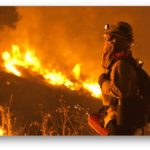