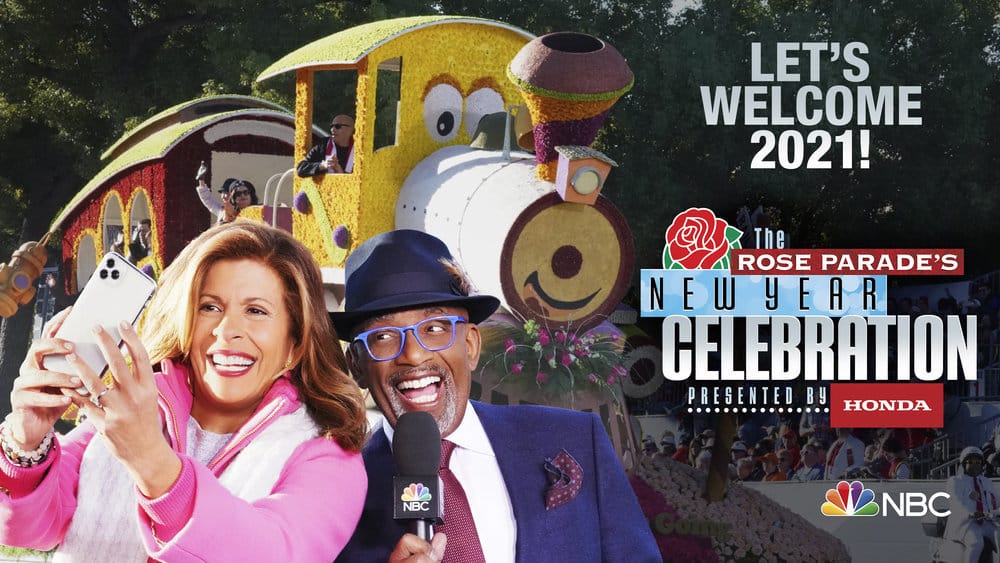 This year’s presentation, which airs from 11:30-1 p.m. ET on Jan. 1, will celebrate everything viewers have come to love about the Rose Parade, including its history, participants, volunteers and, of course, the gorgeous flowers. Most NBC affiliates will also air optional coverage of the parade from 11-11:30 a.m. ET.

The 2021 telecast will mark Roker’s 24th year as host and the eighth year for Kotb. NBC is celebrating its 94th year broadcasting a Rose Parade telecast, beginning on radio in 1927 and then televising the popular annual event beginning in 1954.

Past Rose Parade Grand Marshals Emeril Lagasse and Gary Sinise will be featured in this year’s reimagined special. An award-winning actor, director, producer and philanthropist, Sinise will open the show while chef, restaurateur, TV personality and author Lagasse will share memories of his time as Grand Marshal in 2008.

The special will also feature marching band performances and heartwarming segments related to the Rose Parade, special Rose Bowl football game highlights, equestrians, floats from years past and a behind-the-scenes look into the making of a float.

Roker and Kotb will host the parade amidst an eye-popping cascade of flowers, designed by Lewis Miller. Miller’s popular “Flower Flash” installations throughout New York City have earned him notoriety and praise for their beauty and creativity. For more information, please visit www.lewismillerdesign.com.

While the new year is a time of celebration, there are also many children and families who are facing extraordinary challenges. At key moments throughout the program, including one featuring a special message from Jennifer Garner, viewers will have the opportunity to donate to Red Nose Day at www.rednoseday.org. Money raised during the broadcast will support programs that ensure children in need are safe, healthy, educated and empowered, across the United States and around the world.

In years past, more than 700,000 spectators would have lined the five-and-a-half-mile parade route in Pasadena but this year viewers will enjoy the pageantry from home.

“The Rose Parade’s New Year’s Celebration presented by Honda” is produced by LX.TV, a production unit of the NBC Owned Television Stations.