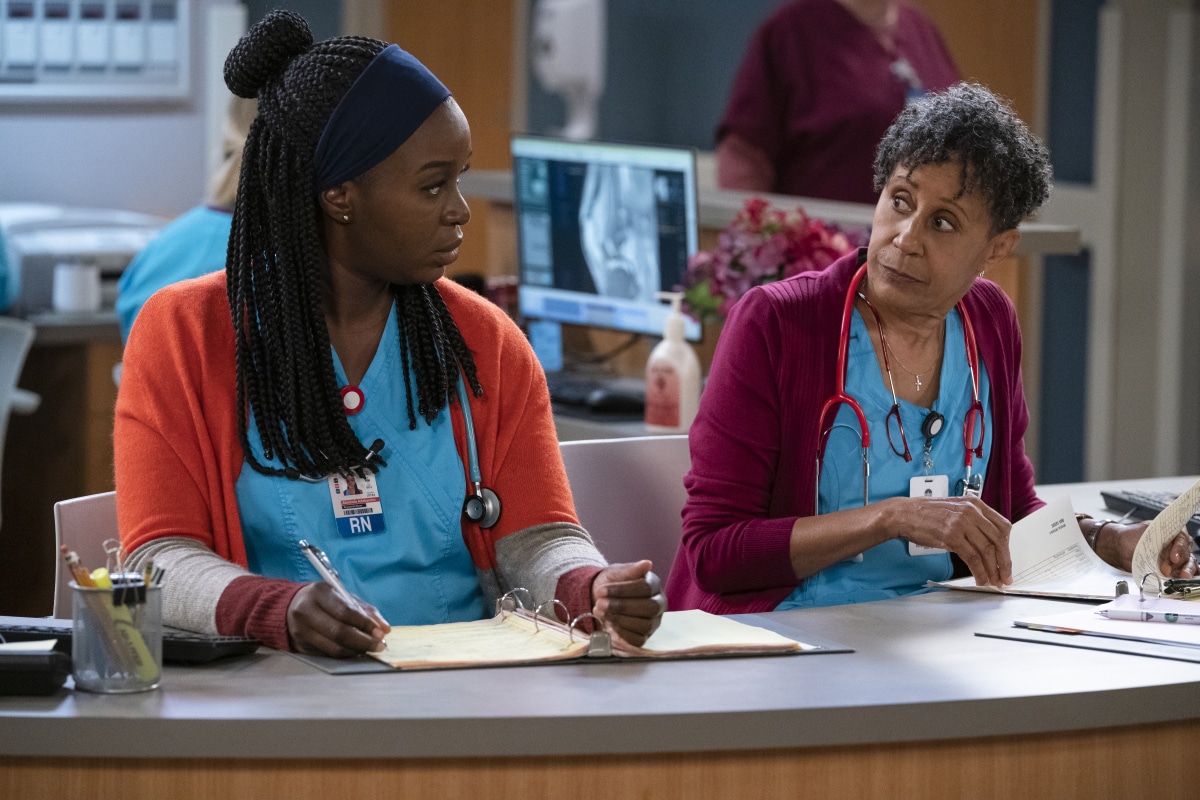 The episode opens with Tunde (Barry Shabaka Henley) and Abishola (Folake Olowofoyeku) sitting on the couch. Abishola calls for Dele (Travis Wolfe, Jr.), telling him he is going to be late for school. He comes in, asking her to sign something. It turns out it is his report card, where he got a 91 in math. Abishola is not happy with this, nor is Tunde or Olu (Shola Adewusi), who came in to hear his grades.

Dele says a pop quiz in fractions tripped him up, but he still got all As. Abishola wonders why he didn’t study and he says that it was a pop quiz, so he had no way of knowing about it or what to study. She is still continues to shame him over it when there is a knock at the door.

Bob (Billy Gardell) walks in and is shown the ‘shameful’ report card. He says he can relate, until he sees that Dele got straight As. He says he would have gotten $5 for those grades, which leads to sarcastic comments from Abishola and Tunde.

Bob asks what Abishola would do if Dele got a B. Tunde said it happened once and Dele said it was when he had pneumonia. Abishola says it was walking pneumonia.

Later on, Abishola thanks Bob for the ride to work. He tells her he wants to spend time with Dele,causing an argument. She finally agrees, but just barely.

At the hospital, Gloria (Vernee Watson) is ogling a man when Abishola asks for advice on the Bob grade situation. They talk about the differences between American and Nigerian parenting and which one is better.

Dele and Bob bond at his job. Bob helps him see that he may be his elder, but he is also his friend. They talk about school and friends when they talk about school, music and buying things that make them feel better. Bob then gives him a soda and they continue to talk, with Bob insisting he is NOT a hoarder because he doesn’t have cats.

Tunde and Olu watch a robot cleaning the house when Abishola comes home from work. She finds out Bob gave it to Dele, which annoys her. However, Tunde and Olu love it, although Olu is upset that Tunde makes fun of her cleaning.

Abishola goes to talk to Dele when she sees all the stuff Bob gave him. He insists it is going to help him with his education and she taught him not to be wasteful. He also gives her a massager scarf for her neck, which she pretends not to like, although she actually loves it, especially when she sees it is heated.

Olu is awakened by the cleaning robot and tries to wake up a snoring Tunde. After snarking that he sounds like an old boat, she goes into the kitchen where the sleeping robot is cleaning. She talks to it and seems to fall in love with it. However, she falls asleep on the couch the next day while cleaning and Tunde talks to the robot, saying they should let her sleep since the robot battery lasts longer.

Abishola starts to leave for work, but not before she uses her new scarf massager. When she is done, she meets Kemi, who is on the bus and refuses to let a man sit because he is not elderly or pregnant. She says she is both so he needs to move it along.

Kemi wonders what Abishola is doing there and if something happened to Bob’s Cadillac. Abishola says Bob has an early meeting and Kemi makes fun of the bus people. She thinks Abishola moved on from that and asks to be saved from the bus people.

Tunde is still enchanted by the cleaning robot, which keeps banging on the door. He goes to see where it is going when he hears Olu crying. She feels old and useless, but he convinces her otherwise. She is afraid the robot will replace her and cries when she wonders if he is curious if the robot can replace her in bed. He says that won’t happen and they make up,but not before they kick the robot out.

Douglas (Matt Jones) and Christina (Maribeth Monroe) are watching TV and drinking at Bob’s. He sarcastically asks if they want appetizers, but Douglas says they filled up on chips and wonders who the kid in the garage is that is doing work. Bob says it is Dele and he asks Christina who that is. Christina says it is Abishola’s son and they talk about raising kids.

Abishola comes in, yelling at Bob for giving Dele so many things and shames him for his work ethic. Douglas and Christina leave as they begin to fight.

Later on, Abishola is helping Dottie (Christine Ebersole) with her exercises when the fight comes up. Dottie explains that Douglas worked hard to keep the company afloat after his father died and gave up everything to take care of the family. Abishola then realizes she underestimated them, but Dottie reminds her she only underestimated Bob.

Abishola goes to the garage to talk to Bob and apologizes to him, even though she still tries to get in the last word. He asks if this is going to be their life and they make up.

The episode ends with Tunde breaking up with the cleaning robot.