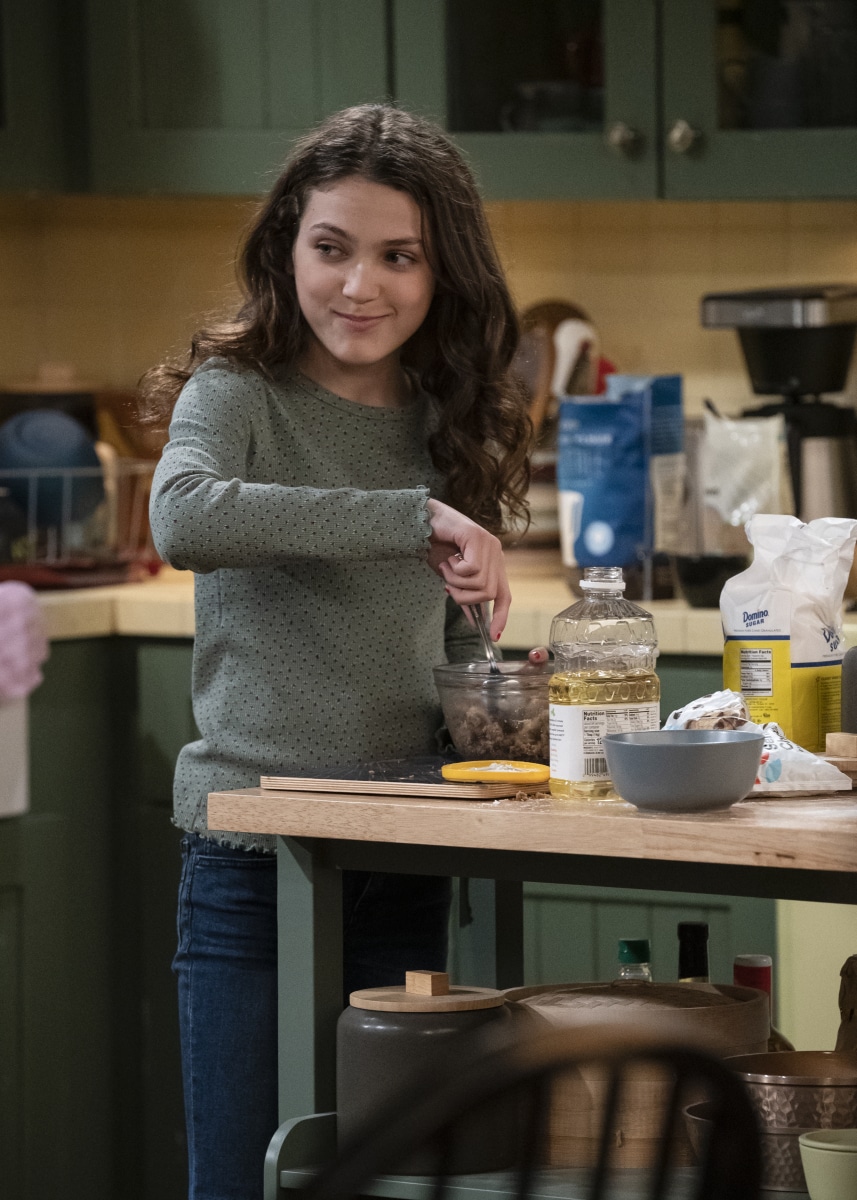 The episode begins with Drew (Thomas Middleditch) sneaking in late to dialysis and getting caught by Gideon (Darryl Stevens). Samantha (Briga Heelan), Eli (Terrence Russell) and Jerry (David Anthony Higgins) tease him about it and he begins to complain about Gina. They think she is okay because she rescued a kitten and remind him not to be ungrateful since he has a donor.

He continues to complain about not knowing where Gina (Annaleigh Ashford) is at all times and fantasizes about her joining a cult and getting her kidney stolen. They continue to tease them over it and he says people can sell organs on the black market. Samantha asks if he has their number.

At home, he shows Gina a tracking app and she says it is stalking and she is worried he doesn’t know this. They continue to argue about it when he meets the cat, which Gina named Bologonse. He doesn’t want her to fall in love with the cat and try and keep it, so she introduces them to each other. She also introduces him to the dog.

Drew begins to obsess over where Gina is by constantly calling her and making her feel as if she is living with her parents, especially when she is with a gentleman friend.

Later on, Julia (Sara Rue) drops off Maddie (Izzy G)at Drew’s as they argue over college essays. Maddie says she has it in the bag because her dad is getting a kidney. She then walks upstairs, barely acknowledging Julia or Gina.

Gina tells Julia about the control issues with Drew, leading to the women trading war stories about how Drew is so uptight about everything. Gina wonders where it comes from and Julia blames his parents, saying they are like two angry cats. This leads to Gina trying to sell the cat to Julia, who declines.

Norma, Gina (Linda Lavin) and Gabby (Kether Donahue) have drinks together when Drew keeps calling. Gina begins to get annoyed, leading to Norma yelling at him.

Maddie is making cookie dough with ice cream when Drew comes in. He gets a ping telling him where Gina is, which leads to Maddie calling him a stalker and accusing him of tracking her. She proves him right and says he should not track Gina. He says he is tracking and organ, which disturbs Maddie. They continue to debate until Maddie leaves, expecting Drew to clean up her mess.

He gets another ping from where Gina is, even though he promised Maddie to stop tracking. He sees she is at the Hudson river and calls her to get to the bottom of it.

That night he pretends to be in bed when she comes home. They end up arguing and she says to worry next Saturday when she goes skydiving with Gabby. He hopes she is kidding, but she screams GERANIMO, proving it is happening.

On skydiving day, Drew is with a patient when he gets a ping, proving Gina is skydiving. He rushes through the appointment and goes to find her, alternating between panicking and keeping calm. He ends up at Julia’s, who calms him down. However, she ends up calling Gina herself, yelling at her over being irresponsible. As she talks, Gabby gives her the waiver in case her chute doesn’t open. Gina explains she needs to live her life and Julia says she wishes she could do stuff like that, but was always afraid because of Drew. Gina says she can do it, so she ends up joining them.

Drew, Julia and Gina watch the video of them jumping. Julia also decides to take the cat, with Gina saying she is giving them all new lives. Drew asks if he is the reason her life was how it was, and she says she let things happen.

Gina gives Julia the cat and Julia says that she is putting the cat as her Tinder profile picture, earning her a snarky comment from Drew.

The episode ends with Drew teaching his dialysis mates breathing exercises to relax. Jerry says he inhaled fear, while Eli enjoys it. Samantha says she would rather rip her intern a new one and take fear from Jerry. Drew has a scary moment thinking of Gina blowing up the house and says pills also work.