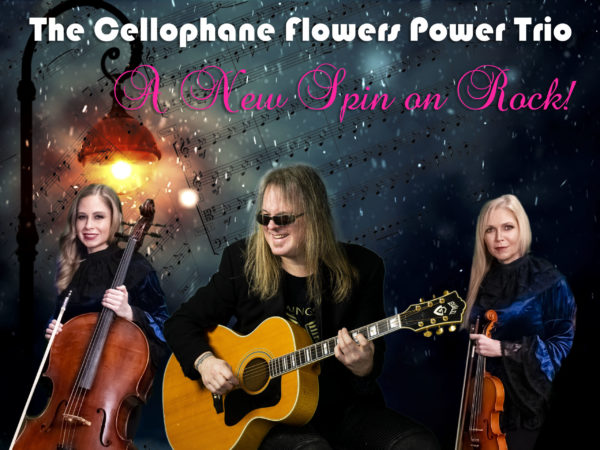 Interviews Music
Sammi Turano
December 18, 2020
Jeff Lake talks to TVGrapevine about his life and career.
-Tell me about “Cellophane Flowers” and “Penny Lane”‘
The Beatles were the first love of my life.
I used to bounce up and down on my rocking horse to MEET THE BEATLES.
The vibrations made the needle skip and scratch the record, and so I had to get another copy.
My dad brought home HARD DAYS NIGHT as well as a fresh copy of MEET THE BEATLES.

I never heard a bad song, and so as a youngster I kept on buying Beatle records.
I was the proud owner of every Beatle album before I ever owned a single record from any other artist.
I know.. its crazy.

-Tell me a bit about how your career began.
I’ve been writing my own songs since an early age.
But, as we all know it’s tough to earn a living as a songwriter.

The sad truth is I’m not capable of doing anything else.
I was the guitarist for my high school band.

The musical director of that band offered me a job singing and playing guitar at weddings and corporate events.
My very first gig at 16 years old, I only knew 3 songs.
He paid me $30.00.
I said to myself – wow!
$10 bucks a song!
Not bad.

It didn’t take me long to realize that the more songs I learned, the more money I could make.
The 2ne gig paid me $40.00.
And by the end of the year I was making $100 bucks a gig.
That was big money in those days.
Bar musicians nowadays are lucky to make that.

As for Cellophane Flowers, as a man who makes a living by playing other peoples’s music, and as a Beatle fanatic, but, also as a singer/songwriter, I’m constantly re-inventing myself.  But, the last thing I wanna do is imitate anyone else.  For godsake, thw world has enough Beatle tribute bands.

Cellophane Flowers is more than a cover project. It’s reinterpretive… which is to say there’s a lot of myself infused into these recordings.

-What are some of your proudest accomplishments so far?

I can list a discography of “accomplishments” including having my own music played on TV shows such as NBC’s “Another World”, and CBS’s “Nueva Estrella Awards” — a Latino spin off of “American Idol”.  It’s a lot of work to record & produce an album.  But, to have it released internationally, and to have people from other parts of the world react and respond to your work — well, that moves me.

But, as much as I love The Beatles, Cellophane Flowers, and this new album, my proudest works are my own.
The plan is to follow up the Cellophane album with my own music — JEFF LAKE:  TALES BY THE LAKE.

-Do you write any original material? If so, who influences you as a writer/artist?

At the risk of sounding redundant, obviously Lennon/ McCartney have had a profound impact on my life.
The band KING’S X, for me, is heavy-metal Beatles w a groove.
They’re the most under-rated band on the planet.
I love them.

I love the energy of hard rock.
I also love classical music.
There’s an intimate relationship between these two genres of music.
Both have a rigid 1/8 note rhythmic feel.

But, my antenna is always up.
I’m open to all forms of music.
And at the end of the day, there’s only two types of music — BAD & GOOD!

-Who are some people/companies you want to collaborate with?

I’m open to collaborating with anyone.
There is always something to be learned from everyone. (well, almost anyone… lol!

But, you also have to be weary of whom you give your time and energy to.
For instance, if you create a masterpiece from someone else’s rudimentary idea, but, at the end of the day, if they don’t appreciate it, then if can be an incredibly frustrating and unrewarding experience.  On the other hand, when you are working with a more experienced, ego-free, mature soul  — someone who appreciate what you bring to the table — then it can be the most rewarding experience in the world.  I live for those moment, and for those people.

As a man who write both music & lyrics, I don’t necessarily seek out co-writing relationships.
And at least 75% of my song catalogue is 100% my own.
However, when you find that special person who has a great idea, and who is receptive to your input, it’s a magical feeling.

I’ve been blessed to have a wonderful network of worldclass musicians who like my stuff and are eager to contribute.

When you have a great musician contribute a great instrumental track on something you’ve written, it’s a wonderful feeling.

but, in answer to your question, most of the actual “co-writes” occur when someone provides me with an excellent guitar or piano idea.
Then I can take the football and run with it.

-What’s next for you? anything new and exciting in the works?

I’m planning to release my new all-original album, TALES BY THE LAKE — a vibey, socially relevant album — in late spring/ summer of 2021.

As much as I love The Beatles & George Martin, there’s no better feeling that creating and releasing my own music!
Song titles include: TANGERINE DREAM, NEW DAWN, FATE, FIELD OF GRASS, CRYSTAL VISIONS, ANNA’S SLEEPING — all songs that speak to the times.

I learned a long time ago in Nashville that a unique song title is all-important.

-Tell me a surprising, fun fact about yourself.

I used to be rock n roll star.
Pretty girls used to put eye-liner on me.
It was a pre-gig ritual.

Hand me an acoustic guitar, put me on a bar-stool in front of an intimate crowd, and I’ll tell you stories you’ve never heard before — some true, some untrue.

-What are you watching on TV these days?

I don’t watch a lot of TV.
I sent back my cable box earlier this year.

It’s true, though, that a little distraction from my work and my music is nice from time to time.
I’m a big baseball, tennis and football fan.
Sports are important.

I keep up on current events; but, it’s exhausting lately.

Mostly, when I need to relax, I prefer the History Channel, or period films that bring me to a different era — pure escapism.

But, history repeats itself, and so even in these moments, I’m taking notes and relating them to current events.

-Where can people learn more about you?

The new album by JEFF LAKE  & CELLOPHANE FLOWERS is available now on Amazon, Apple Music & Spotify.
Our website is cellophaneflowersmusic.com

The website is being renovated as we speak; and I’m planning to  start a new blog asap.
As you tell, I love to write… LOL!!!!!!!!

You can also go to JEFF LAKE MUSIC on Facebook.

Anything else you want to share?
YES!
EVERYBODY CHILL THE FUCK OUT! 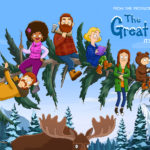 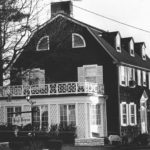