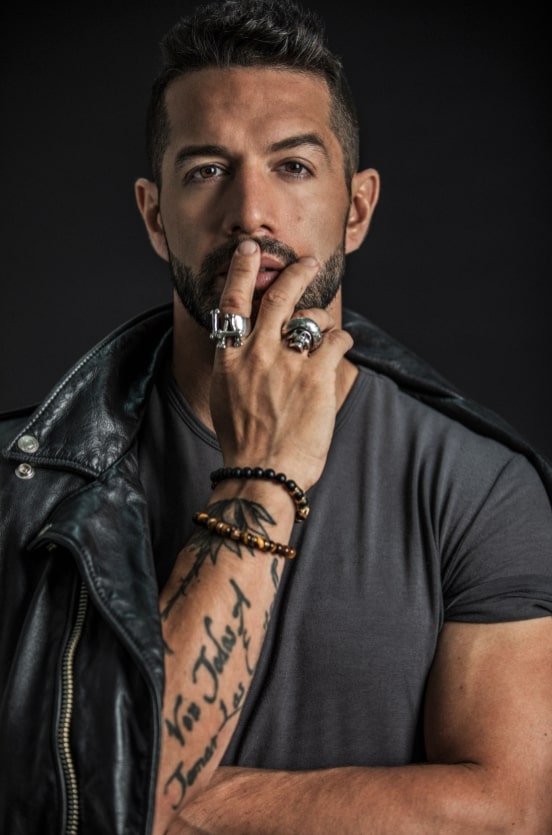 Bayardo De Murguia talks to TVGrapevine about his life, career and everything in between.

My name is Bayardo De Murguia. I’m a Mexican-American actor who plays Ramon on Netflix’s original drama series Tiny Pretty Things. Earlier roles revolved around me unsuccessfully trying to kill the hero of your favorite show. Now you will see me in the cutthroat world of dance and ballet. I fell in love with acting as a football player at the University of San Diego and haven’t looked back. I moved to Los Angeles not knowing a soul and became a sponge. I learned from everyone I came across, both good and bad experiences, and am thankful for the opportunities I’ve had. I can’t wait to see what is next.

How would you describe Tiny Pretty Things?

Its sexy, steamy, compelling, and real. A touch of Black Swan, Gossip Girl, Pretty Little Liars, and even Whiplash for reference.

I read the original novel by Dhonielle Clayton and Sona Charaipotra and was immediately hooked. Coming from a fighting sports background, I was excited to jump into the world of ballet and challenge myself on a new adventure.

Ramon, like myself, built everything he has from the ground up. His passion, his intensity, his honesty, are all a creation of what the world taught him and showed him how to be. He’s the type that would say “just shut up and dance” and throw you into the water to see if you could learn to swim. He might also tie your hands and legs while doing so, but there’s nothing like a little tough love right?

My cast mates are so immensely talented. Not only that, but we became a huge family offscreen. I think that translates well when you see our show. As somewhat of an outsider coming in, they were welcoming and super inspiring. The discipline that dancers have is no joke. The dance scenes on our show are breathtaking and since we focused on authenticity, we used no dance doubles either. It was basically our own Tiny Pretty Things dance company.

The physical challenge of staying in dance shape was tough. I mean, have you seen my other castmates? Or just dancers in general! As the choreographer/ex dancer I wanted to put in as much work as I could to look the part. That meant working out 6 days a week, even while shooting. I was often in the boxing gym, doing f45, taking a dance class, anything I could to keep up!

The intricate dance pieces you will see are just so beautiful. I would often forget lines watching my castmates or be emotionally moved and then forget to keep up the intensity of Ramon. We honestly just became a huge family with one another. We often would play games in between scenes, have a dance off, sing off, you name it. So much love in the cast.

I am an avid motorcycle rider. I started riding at 17 when I bought myself my first motorcycle and have been on two wheels since. There’s nothing like it, it’s my form of meditation.

I’m super excited for the launch of our show and hope that we can continue telling stories about the Archer school of Ballet in a Season 2. I have a couple more VO projects coming in 2021 so definitely things to look forward to!