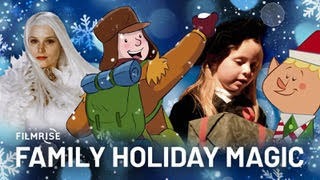 It’s the most wonderful time of the year to gather round the TV with your loved ones, climb under a blanket and watch some magical holiday content. This December, the FilmRise staff has carefully assembled the most fantastical holiday content perfect for families gathering physically or virtually, or even watching alone and practicing much-needed self-care and escapism.

We’ve transformed the FilmRise Family Channel on IMDb TV into the Family Holiday Magic Channel The channel shines a light on all things magical, fantastical and brimming with holiday spirit. For the first three weekends in December, join us on IMDb TV Holiday Magic Weekends marathons all weekend long. Content includes holiday highlights such as THE MOST WONDERFUL TIME OF THE YEAR featuring Henry Winkler and A CHILD’S CHRISTMAS featuring the voice of Matthew Rhys, as well as fantasy highlights like Sam Neill as MERLIN in the popular self-titled mini-series, Beau Bridges in mini-series VOYAGE OF THE UNICORN and Zooey Deschanel and Alan Cumming in THE WIZARD OF OZ reimagining TIN MAN. Marathons will also air on FilmRise Family on The Roku Channel, Redbox and other select platforms.

Additional highlights this month include a True Crime Holiday Marathon full of “Unsolved Mysteries” and “Forensic Files” cases that occurred during the holiday season; Christmas movies on Christmas Eve and Christmas Day, including Roma Downey and Eric McCormack in BORROWED HEARTS and the classic tale A CHILD’S CHRISTMAS IN WALES; and also a marathon of your favorite classic TV holiday episodes from “The Commish,” “21 Jump Street,” “Father Ted” and more!

Full programming and where-to-watch information is below

Embrace the magic of the holidays with seasonal classics and thrilling fantasy adventures.

Available to Stream on the Unsolved Mysteries Channel on The Roku Channel and Redbox;

It’s beginning to look a lot like murder… Track down yuletide killers on “Unsolved Mysteries” and “Forensic Files.”

Embrace the magic of Christmas with seasonal classics and thrilling fantasy adventures.

Spend Christmas with your favorite characters from “21 Jump Street,” “The Commish,” “Father Ted,” and more!

christmas specia;s FilmRise what to watch 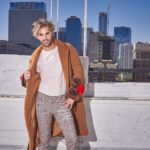 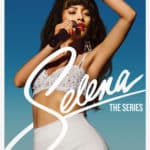