Drowning is one of the best kept secrets on Amazon Prime and streaming services. It is an incredible movie about dealing with grief, loss and sadness as a woman deals with her only son heading to war. It is based on the experience of Melora Walters’s own life and how she felt while in a similar situation. She not only wrote and directed the movie, but also stars in the movie as Rose, the mother dealing with her son being away.

The movie also stars Mira Sorvino and Joanna Going, as well as Sergio Rizzuto (who serves double duty as producer) and Jay Mohr. The all-star cast play very different people who are not only dealing with their own battles, but also help Rose as she awaits the return of her son. It is a very moving, emotional story that many people can relate to as they face their own private battles. Viewers will be able to relate to people in the movie, feel their pain and cry along with them as they lean on each other in the most trying of times. It is everything we never knew we needed in a time when things are uncertain and teaches us that even though we all have our own battles, we can learn from and help others through their pain, and vice versa.

Drowning only took eight days to film, but formed relationships that will last a lifetime off screen. The cast not only were able to make a successful movie, but were also able to bond in a way they never thought possible. It became an unforgettable experience in more ways than one and the cast looks forward to working together in the future. 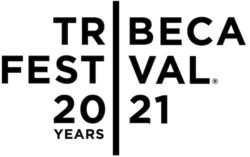