Mary (Zoe Perry) admonishes him, while George (Lance Barber) wonders if Sheldon has all the credits to graduate. The principal says he has everything he needs, including a good grade in PE, which he got for snitching on kids smoking.

Mary asks again if he is ready to graduate and the principal says yes and this has never happened before. Usually kids finish high school in two years due to pregnancy or prison. George quips that they may hit the trifecta with Georgie and Missy, causing Mary to yell at him.

The principal then says Sheldon is also the valedictorian. His parents are happy, which surprised him. He says it isn’t that much of an accomplishment in this school and the principal says they will miss him.

Sheldon then tells Tam (Ryan Phuong) that he is graduating and he will have the table to himself. Tam says he is joining the jazz band and the drummer has a goatee. He also sarcastically says being with a little kid boosts his game with the ladies, with Sheldon of course missing the sarcasm.

Sheldon realizes his goggles are missing, causing him to worry about having to use the classroom ones and get eyebrow lice. He goes to look for them, warning Tam not to eat his fluffernutter. Tam steals it as soon as he is gone.

MeeMaw’s (Annie Potts) boyfriend Dale (Craig T Nelson) comes over to apologize. She has trouble accepting it, but softens when she sees he has purple flowers that he went to three stores to get. She says they are pretty, but he says they are not as pretty as her.

Sheldon continues to go crazy looking for his goggles, running around and retracing his steps. He interrupts a test (where he tries to help a girl figure out an answer) and a meeting with the principal and what seems to be a crying pregnant student.

He finally asks his dad to take him home, but he is busy. He asks him to call his mom, but she is working, causing Sheldon to freak out even more. George asks if this is how he will act in college and reminds him he needs to do things on his own.

Adult Sheldon (Jim Parsons) says he used the classroom goggles and did not get eyebrow lice. However, eight months later, he got a mild case of pinkeye and claims the two things are related.

At home, Sheldon tries making his schedule and worries about missing Professor Proton. Mary suggests he tapes it, but then he worries about spoilers. Mary asks if anyone ever talks to him about the show and he says that other than her, no.

Georgie (Montana Jordan)and Dale talk about their misunderstanding. Dale gives him money he owes him and lets him keep it, even after Georgie admits to him and MeeMaw egging his store. He shares the news with his family and even admits to the egging. Mary is upset, as is Missy (Raegan Revord), but only because he went without her. Georgie says Dale forgave him, so God has to as well.

Dale and MeeMaw go out on a date to a Mexican place. He decides not to drink, even though she suggests margaritas. He says she can still have one and it gets weird, so they tell the waiter (Luis Victor Jimenez) to come back later.

Mary suggests they do a joint graduation party for Sheldon and Missy, who is graduating elementary school. Sheldon is surprised this is a thing and Mary reminds him that Missy is also going to a new school with new school and new teachers. Missy snarks that she won’t get new clothes because they are poor. George says they aren’t but they aren’t rich, so no new clothes for Missy.

The phone rings, and as George goes to answer it, Georgie wonders if he has to go to both graduations. Mary says yes because Sheldon is giving his speech. Missy says she and her class are singing This Land is Your Land. Mary says she is equally proud of them when George comes in to say they want to interview Sheldon for the news.

Dale and MeeMaw continue their date and talk about the egging of the store and Georgie getting his job back. Dale then says he wants to go to church with her and Mary’s bible study, surprising MeeMaw.

The news interview begins, with Missy and Georgie wanting air time. However, it is just Sheldon and his parents talking about Sheldon graduating. He worries about bathroom schedules and bedtime, then ends up freaking out on camera.

Sheldon, George and Mary discuss his options and if he should stay in high school. He isn’t sure what to do, so he ends up having a heart to heart with Missy. She says she feels the same way about going to middle school and that can be scared and do it anyway. Sheldon tells her it is comforting that she feels the same way and she says that is why she said it. He then tells his parents he is ready to graduate.

On graduation day, the principal introduces Sheldon with an introduction Sheldon wrote. His speech makes him nervous, so he focuses on Missy and thanks her for helping him get through this. The speech focuses on change and not being alone. They should all be as brave as Missy and he will give her advice if she makes it to high school since he skipped middle school. We then see Missy and her class perform with Sheldon and Missy sharing a twin look.

The show ends with the graduation party and Dale leading the prayer. Adult Sheldon says he is okay with Dale inviting Jesus because it was the best party until his son Leonard Cooper graduated. He wanted his son to be called Leonard Nimoy Cooper, but Amy didn’t want that.

Amy (Mayim Bialik) then joins Adult Sheldon and says he is lucky she let him be named Leonard. They say I love you to each other as the episode closes. 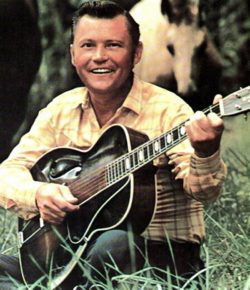