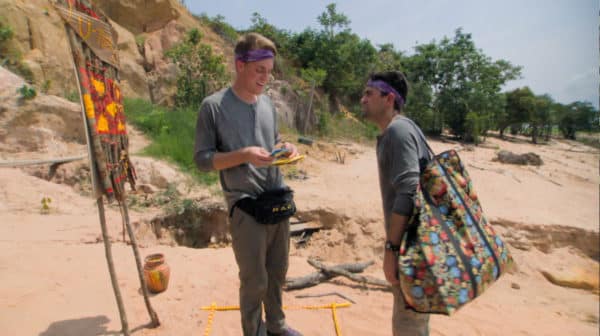 Tonight’s episode of The Amazing Race on CBS takes us to the beautiful land of Brazil. Even though Hung and Chee leave first, everyone ends up on the same flight. Once they arrive, they must find a market and get their next clue.

Will and James are not happy with Leo and Alana for helping Kaylynn and Haley last week. However, they are blissfully ignorant about this, thinking everyone is friends.

Leo and Alana plan to help Kaylynn and Haley when they are given a chance to thank them for helping last week.

Will and James, Riley and Maddison, Hung and Chee, DeAngelo and Gary and Eswar and Aparna form an alliance.

The first task it to gather items in a market, have them inspected and bring them on a boat. Riley and Maddison end up in first place, while Jerry and Frank are in last place. Several other teams are struggling due to forgetting groceries, getting wrong items and boarding the boat sans groceries.

Detour! They can do Shelter from Trees, where they build a roof out of leaves for a hut, or Well Done Please, where they prepare a meal with their groceries. The teams choose their detours, with some of them having to go back to get their grocery bags.

Riley and Maddison help DeAngelo and Gary once they are done, while Will and James complete their task and get their next clue….which sends them to the Pit Stop and gives them a double U-Turn. They decide to use it on Alana and Leo due to what they did last week. They then head to Barco Correa Filho, where they are told by Phil they are team #1 and won a trip to Bali!

Hung and Chee finish and warn everyone of the U-Turn. They are team #2!

Kaylynn and Haley finish and see that Leo and Alana are U-Turned, so they do the same for Jerry and Frank as their ‘thank you.’

More teams finish and head to the Pit Stop.

Kaylynn and Haley are #3, Riley and Maddison are #4.

Alana and Leo are angry they were U-Turned Will and James and go to do the other Detour. They end up screwing up and having to start over again. Frank and Jerry continue to struggle and fall behind, especially when they realized they were U-Turned as well.

DeAngelo and Gary are #5, Eswar and Aparna are #6 and Victoria and Michelle are #7.

Leo and Alana are team #8 and thrilled that the plan to get rid of them failed.

Frank and Jerry are eliminated, but happy they had the chance to bond again! 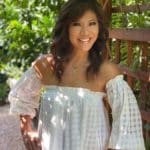