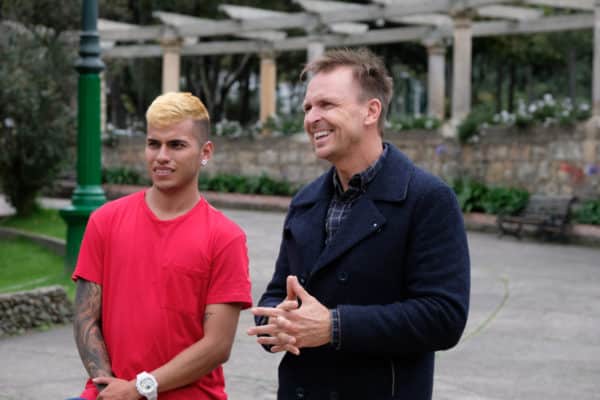 This week’s episode of CBS’s The Amazing Race begins in Bogota, where the remaining teams flew after checking in last week. Once they arrive, they must head to the Nemocon Salt Mine.

After they arrive, they have to choose an hourglass to yield rival teams for 10-20 minutes and then sign up for tasks the next day. Group one consists of Hung and Chee, Will and James, Riley and Maddison, DeAngelo and Gary, and Eswar and Aparna. The second group has Michelle and Victoria, Jerry and Frank, Leo and Alana, Kaylynn and Haley, and Kellie and LaVonne.

The next day, the teams head to Templo Parroquial San Francisco de Asís. When they arrive, they must climb a bell tower and retrieve a pre-Colombian art of a golden raft or an emerald. Afterward, they hail taxis and go to Plazoleta del Rosario.

The first group agrees to work together, but Hung and Chee get lost trying to find the emerald broker. This gives Riley and Maddison the chance to take first place when they deliver the raft. Once they are done, they head to  Escuela Nacional Circo Paro Todos for their next clue and to use their hourglass if desired.

The other teams hit some snags, especially Kellie and LaVonne. Their taxi driver gets lost and has no GPS because his phone died. He also has no charger. Kaylynn and Haley also get stuck in traffic, causing them to lost time.

As the other teams try to catch up, Chee and Hung and Gary and DeAngelo begin their circus school roadblock, which consists of tightrope walking with glasses and the Wheel of Death. They also opt to NOT use the hourglasses.  DeAngelo and Gary finish and head to Carrera 26 #10-03 Bogotá for the next clue.

Other teams arrive to the roadblock, all opting to NOT use the hourglass. James and Will argue over who will do the roadblock because James wants Will to do it even though he did the last one.

Kaylynn and Haley and LaVonne and Kellie decide to do their deliveries on foot after waiting too long in the taxis. In fact, they spot each other and go together.

The next task has them customize a volqueta, with matching decorations and horns.

At the roadblock, Alana struggles with the tightrope, stressing her out until she gets it right.

The other teams are working on the volqueta or roadblock, struggling to finish on time. Chee and Hung finally finish and pass the volqueta and head to the pit stop at Parque Nacional Enrique Olaya Herrera. DeAngelo and Gary are hot on their heels. Meanwhile, James and Will keep fighting over the volqueta task and if there are directions in the clue. Riley and Maddision are also confused as to why they lost, not knowing they had to hook up the horns. Alana and Leo forget decorations.

Hung and Chee are #1 and win a trip to Switzerland.

DeAngelo and Gary are #2.

Riley and Maddison are #3.

Aswar and Aparna are team #4.

Michelle and Victoria are team #5.

Kaylynn and Haley are #8.

Kellie and LaVonne are #10 and eliminated. However, they are glad for the opportunity and their friendship. 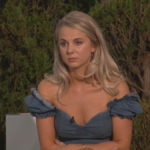