Lee Cronin is an incredible man filled with some of the best talent I have ever seen in my life. He made a name for himself with the film The Hole in the Ground, which led to him working on the Quibi series 50 States of Fright. In short, he is on his way to becoming the next big thing in the horror genre.

In a recent interview with TVGrapevine, Lee credits the legendary Sam Raimi for allowing him to be a part of the Quibi special. Sam had seen his movie and become a fan, so he reached out to Lee. They ended up working together on another project and before long, they were collaborating on 50 States.

At first, Lee was apprehensive about this because he wasn’t sure he wanted to do any more short projects, but once he read one of the scripts, he was in as a director. The short he worked on takes place in Washington and is called 13 Steps to Hell. It tells the story of a young girl who tries to find her brother’s toy in an underground stairwell. While he did not give too much away, he did say that it is something fans are going to want to tune into so they can see what happens.

Lee also says that this was a new experience for him because it was the first thing he directed something that he did not write or create on his own.  Like many new experiences, this did not  come without challenges! Lee was used to working on things for several months on his own projects with his own team. However, for 13 Steps, he was required to have everything done in a few weeks. He also didn’t have his team to rely on, so he had to work with a brand new team. Everything ended up working out, and he is grateful that he got this opportunity and to work with a new crew of people.

Even though Lee is on his way to becoming the Horror King of the new decade, what makes him more impressive is his huge heart and incredible work ethic. He is one of the nicest, most determined people I have ever met and I look forward to seeing what he does in the future, for I know he will continue to be successful! 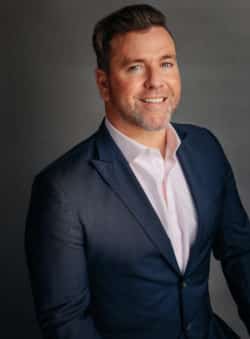