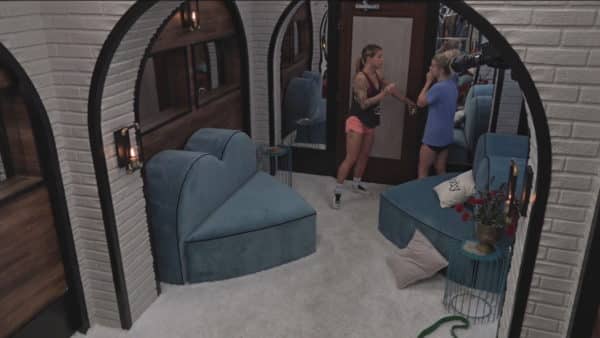 Tonight is the ninth week of CBS’s Big Brother All Stars. We have six players left, thanks to last week’s triple eviction, which got rid of Kevin, David and Dani. Now we are about to get a new HOH and see who will be put on the block.

The episode opens with a recap from last week’s eviction episode and the ramifications and reactions that followed. Memphis says the Committee is done, while Cody helps Nicole recover from a panic attack.

We also see Christmas and Tyler try and fail to get rid of Nicole instead of David. This upsets Tyler, but he overcomes it all when he wins the second HOH and POV, which ultimately eliminates Dani.

Apparently, Dani was threatening people during the third eviction voting and was upset due to Cody’s betrayal after she left.

Tyler tries to talk to Nicole about why he put her on the block, but she refuses to trust him.

HOH competition. It is a…yoga striptease? They have to hold a yoga pose while stripping and holding down a button. The person who finishes in the most amount of time is eliminated.

Cody is the new HOH. Christmas is upset because she knows she is going on the block, but also feels she deserves it after her bad performance in the comp, while Tyler is worried he will go up due to the rumors Dani spread about him and Christmas. Nicole is also mad over the whole eviction fiasco and suddenly everyone is bugging Cody about who to nominate.

Memphis tries to assure Christmas that if she goes on the block, Tyler would be gone and that Nicole might also be up on the block. She goes to talk to Cody about what is going on, but he does not seem to care about what she has to say.

Tyler makes a plea to Cody to save himself by throwing Christmas under the bus. Cody promises that they are allies. Then Christmas goes to talk to Cody again to throw Tyler under the bus, causing Cody to be more confused than ever about who to trust.

Nomination ceremony! Tyler and Christmas are on the block due to Cody’s gut feeling on the Nicole vote.

Stay tuned on Wednesday for the POV competition! 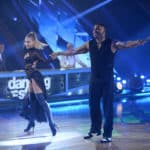 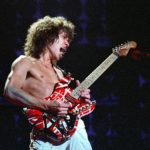