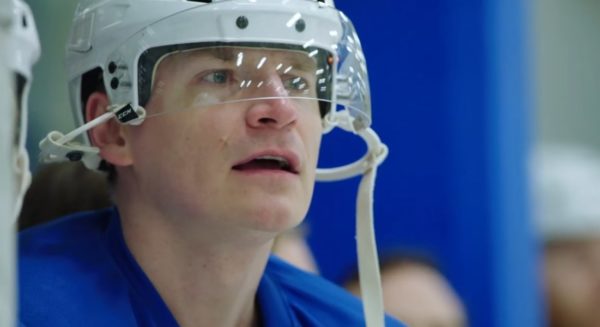 Kazy Tauginas talks to TVGrapevine about his life and career.

I’ve been in the acting game for about 11 years now. Before I started in the entertainment industry, I owned and operated a 24hr diner. After a dispute with my landlord I was forced to close up shop and start over. I could sense the deal was going to go south. The whole situation brought me to a fork in the road of life and I decided to pursue a career in entertainment. I literally never looked back. I’ve worked hard to bring my dream to fruition. Since 2009, I’ve been in numerous film and television projects. I’ve been blessed to share the screen with my childhood heroes like Denzel Washington and Eddie Murphy! I also realized very early on that it was critical for actors to develop their own content. Last year, I released “Standing Eight” – an award winning short film I wrote, produced and acted in, about a boxer who is forced to retire after being diagnosed with Lupus. The project was made to honor those suffering from Lupus, including my mother who has been battling the disease for over 40 years. The Lupus Foundation caught wind of it and they have used it as a vehicle to raise awareness. I can honestly say that there is nothing as satisfying as making a project come to life that can actually have a positive effect on those it was designed to represent.

How would you describe Odd Man Rush?

Simply put, “Odd Man Rush” is a story about love and hockey.

I love a good sports film. Not to mention, the director gave me free-reign to rename my character (Dumi) and create traits specific to me.

Well, Dumi is Lithuanian. So am I. He’s a hustler and spends too much time on his phone. Being that I got my acting career started in NYC, I had to run as many “hustles” as I could to make rent. Admittedly, I also spend too much time on my phone, but since Covid hit, I’ve dialed that back A LOT.

I LOVED THIS CAST. Jack Mulhern – class act. He was so committed to the character. I think he was born to play Bobby especially since he had a background in hockey.  Dylan Playfair, Trevor Gretsky, Bjorn Alexander, Caspar Phillipson, Pete Brodzinski… all really great guys. I think it took a whole 2 hours for us to really start feeling like a team. To be honest, I think I had more fun in the three weeks I shot this than any other production. We shot in Hamilton NY, which is a college town. On our days off, we went out EVERY night. Looking back, I think the most memorable moment was when we took over a local dive by dancing to “Love Shack”. EPIC.

We shot overnights. Which are fun, until 4AM hits and you have trouble staying awake. I adlib a lot. I can remember one night specifically where I kept forgetting what I was going to say at the end of the scene. Also, I did know how to ice skate because in my younger days I was a figure skater. However, I did not know how to play hockey. Also, hockey skates were a challenge. I practiced skating at Lasker Ice Arena in Central Park for a month before prinicial photography. Then, once we got to Hamilton, I needed to learn hockey basics. I’m a stickler for accuracy so I drilled and drilled to get my “hockey swag” down.

Our cast, crew and production team were really great. I felt like the set was just full of really hungry, talented people. Our director, Doug Dearth was passionate about making a great product. The Slater Brothers were from a hockey family, so I feel we were really able to create a realistic depiction of that sport world. To be honest, I can’t think of anything negative about working on this film. I literally had a blast from start to finish.

You are also a former boxer and restauranter. What was that like and what made you switch to acting?

Boxing kept me sane while I had my diner. I needed an outlet because owning a restaurant is STRESSFUL. Making the switch to acting came really easily to me. There came a point in my restaurant career where I could literally not continue and be financially successful. It was 2008 and things were getting really shaky. I always had an affinity for film since I was a kid. Through an unlikely chain of events, I found myself at an open house at the New York Film Academy in Manhattan. After having Matthew Modine drop by to chat to us “potential students”, I had this overwhelming sense that I needed to be there. Long story short, I took out a loan and planned my escape to New York. I have literally had no regrets about pursuing my dream. I feel like I need to make the following point. Following your heart and instincts are paramount to finding happiness in life. Going back to school for acting was the best decision I made in my entire life.

Since Covid hit, I’ve been writing, writing, writing. I have a few projects that I’m getting off the ground. I can’t speak on them now, but I think it’s really entertaining stuff.

My girlfriend and I binged 9 seasons of “Drag Race” in April.

Classic films.  The most recent one, “Cool Hand Luke”.

When I was at that open house at NYFA, Matthew Modine said something that stayed with me. It went something like this … “You’re all so brave for being here. So many people don’t have the courage to even step in this door. Maybe you’re not destined to be an actor. But I can guarantee that if you do this training, it will make you better at anything you end up doing.” Moral of the story, DO SOMETHING. Life is too short to sit around thinking about things you want to do. Do them. People underestimate their own potential. What one person can do, another can do. Work hard, smart and put your heart into it. 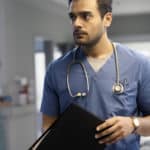 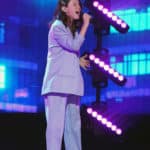