Will she finally get her happy ending? It is no secret that this season of Real Housewives of Beverly Hills was anything BUT a fairy tale for Denise Richards. Between alleged affair rumors with Brandi Glanville and most of the  cast turning on her, it is fair to say she has had a tough time.

Now the Wild Things alum is leaving the show after two seasons. A rep for the actress confirmed the news to Variety just moments ago. Denise has not yet made a statement to the media, nor has Bravo. 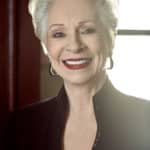 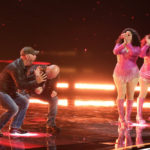