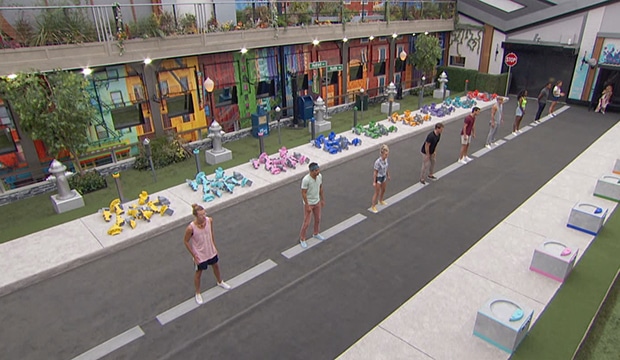 Season 22 of BIG BROTHER ALL-STARS follows a group of people living together in a house outfitted with 94 HD cameras and 113 microphones, recording their every move 24 hours a day. Each week, someone will be voted out of the house, with the last remaining Houseguest receiving the grand prize of $500,000. Airdate: September 17, 2020 (8:00-9:00PM, ET/PT) on the CBS Television Network Pictured: Cast Photo: Best Possible Screen Grab/CBS 2020 CBS Broadcasting, Inc. All Rights Reserved

Tonight begins the seventh week of CBS’s Big Brother All Stars. Last week, we saw Ian get evicted and sent to the jury house, while Dani’s HOH reign came to an end. She did have the opportunity to use her REPLAY win to become HOH again, but she declined. Everyone else in the house has a chance to win at this point.

Apparently, David had some kind of plan to save Ian, where Dani would have had to break the tie and vote. However, it didn’t work out due to Nicole’s vote.

This is an important HOH to many people, especially David, Da’Vonne and Kevin. They are the ones who flipped the vote and now they need the win to save themselves.

Back to the HOH competition. As we know, it is a puzzle challenge. Memphis wins, but not before he makes a minor mistake that he must fix.

Memphis is excited to make some moves, while Dani and Nicole plan to turn the house against David. Da’Vonne seems to be on board with this, as is Memphis, who thinks David is running scared.

Kevin warns David about the women thinking he flipped his vote, while Da’Vonne and Nicole discuss what happened. Da’Vonne believes Nicole didn’t flip, and tells David she thinks he is lying. This causes him to blow up, which makes Dani happy because everything is going as planned.

Have Not time! Da’Vonne passes her Have Not time to Christmas, while David passes his to Cody. Christmas is NOT happy because Da’Vonne told her she was passing it on to Kevin.

Dani, Christmas and Nicole talk about the possibility of a female winning All Stars, while Memphis makes a deal with David. He makes him believe he is safe this week and they shake on it.