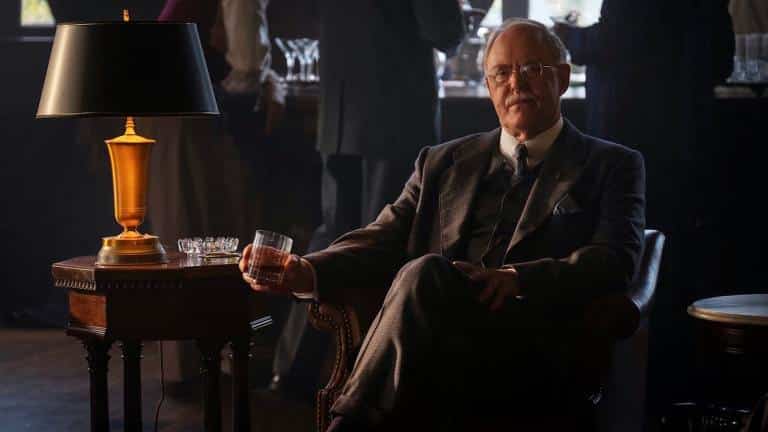 Last week’s chapter ended with shock when Sister Alice suffered a fit on stage, waking to proclaim that with the power of God, she will bring Charlie Dodson back to life. We check in right where we left off.

Sister Alice, recovering in her luxurious villa, is pleasantly surprised to receive some visitors, a couple and their dimple-cheeked, little girl who offers up a large box of “sweets.” The charmingtrio seem to be sent down from heaven but when Alice opens the gift, a massive, dark serpentfalls hissing onto her lap and the family scream bone chilling curses at her while being draggedfrom the premises. It’s clear that some of her congregation are not happy with her recent
behavior.

Across town, Della Street arrives to pick up E.B. Jonathan. From the morning paper, it looks as if word of Alice’s prophetic proclamation has already gotten out. Backed by the discovery of Emily’s horrific treatment at the hands of the police, E.B. tries to talk the judge into decreasing her bail but Maynard Barns has news as well. Matthew Dodson is ready to “cooperate” with him and act against his imprisoned wife. E.B.’s shock and outrage increases when the judge only gives a warning to Barns and his cronies but won’t budge on the bail.

Cut to Perry and Pete who are bringing the ever admiring coroner Virgil back to the Mason farm for some “fun,” a very different kind of fun than the poor man was expecting. The duo have stolen George Gannon’s corpse from the county coroner, plopped it in the basement, and want Virgil to give it an entirely illegal second autopsy. This is too much though, and the panicking
coroner wants none of it, stumbling shakely away.

During an interview with the daily news paper E.B. tries to inspire sympathy for Emily’s case but the reporter is more interested in where he likes to eat around town. He tries to scrounge up a loan for Emily’s bail from his bank but they won’t give him one and it looks as if his practice is underwater. Della is furious that her employer didn’t think it necessary to mention any of this to
her.

Back at Alice’s mansion, the doctor confirms to Birdy that her daughter suffered an epileptic seizure and prescribes two weeks of bed-rest, but the greedy church elders won’t have it. As a group and without the knowledge of Birdy, they have decided to restrict the actions and statements of sister Alice and are ordering her to immediately renounce her prophecy of Charlie’s resurrection. Furthermore, Herman Baggerly wants Alice to stay away from Emily.

A nude body is discovered at a ritzy golf course. When it’s rolled up to the coroner, poor Virgil recognizes it as George Gannon and realizes that Perry and Pete haven’t given up yet. Perry explains to E.B. that since he has planted the body to be discovered again it will get a second autopsy. When George’s New Years wounds that were covered up by the police are brought to
light by this second autopsy, E.B. will be able to prove that there is a fourth kidnapper on the loose who was responsible for shooting the other three including George.

Elated by this breakthrough, E.B. gloatingly lays out everything to Barns with the pretense of giving the man a chance to drop the charges against Emily before he brings to light these new findings. But Barns has been doing some digging into E.B.’s patchy past and discovered his near disbarment which he is using as blackmail.

When Birdy comes to check on Alice after being confronted by the elders, she drops the holy titles. She is speaking to her daughter as a mother and will do everything in her power to protect her including attempting to convince Alice to revoke her prophecy.

Barns furiously chews out Holcomb and Ennis for their shabby work in planting George and for failing to break a confession out of Emily. At last, it is finally clear that the nasty trio are up to a truly nefarious scheme and may indeed be the masterminds of the whole kidnapping.

At a public phone box, Perry finally convinces his ex-wife to let him talk to his son, but his parental joy is rudely interrupted by Chubby Charmichael who proceeds to kick him down and spit on him for putting his affair on the front page of the morning paper.

Deap in dire financial trouble, E.B. is beginning to crack, taking his frustration out on Della and griping about her “caustic attitude.” But this is just too far and Della seathingly reminds him of all the tasks she carries out for him, she’s his associate not his maid.

Lupe asks Perry to sell his little farm house to her but he declines, explaining that if he loses the house there will be no record that his family even existed. Concerned about his dark mood and the bruises he keeps accumulating, Lupe remarks that the case is really getting to him. Later, after she leaves, Perry listlessly contemplates the case notes tacked to his wall.
Exhausted from her fight with E.B. and the stress of the case, a miserable Della drives home to the boarding house that she shares with a number of people including her lover Hazel into whose arms she falls to escape from the terrible day.

The next morning, Perry visits E.B.’s office to collect Matthew’s statement and hand over the official second autopsy report only to find the man bedraggled and asleep on his sofa. E.B.’s in a sorry state and begins lamenting his old age and reminiscing about the past. It is clear that he feels totally out of control of his life.

Alice is ready to return to her preaching and hundreds of her congregation gather on the steps of her villa to hear her first speech, censored by the elders of course. She starts off shaky, hampered by the body guards boxing her in and the blatantly contrived apology the elders are forcing her to deliver from a scrap of paper.

However, when a man pushes through the crowd, and vulnerably offers up a blanket for Charlie she can hold her passion in no longer crying that
Emily is innocent and her little boy in purgatory.

Perry and Pete manage to locate the apartment from where the kidnapper must have made the  call and run through the events that they know took place on that horrible night. With all the trouble it must have taken to position George, the fourth guy was really trying to make sure the trail would stop there. Furthermore, he must have had an escape route so as to be able to snag the abandoned suitcase of bills and book it before the police swarmed the place.

The two detectives find such a route in the form of a skyway which connects that building to a neighboring Elks Club and under the ruse of wanting to join the fraternal organization, they have a look around. In the theatre an auction in support of children with disabilities is taking place, in the audience Perry spots none other than Ennis whose daughter is apparently one of the kids
on stage. Finally he’s found a suspect… The correct suspect.

A despondent E.B. visits Emily in her cell. The poor woman is almost unrecognizable through the bruising and emotional abuse she has endured these past few weeks. She wants to “go home.” E.B. looks into her pained, desperate eyes and knows he can do nothing to help her.

It is the final straw. Back home he drags an old armchair into the kitchen, turns the gas all the way up on the stove, closes his eyes, and waits for the end. 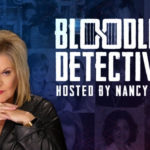