Tonight HBO Max is airing some very funny, very special comedy specials with some of the greatest in the business. Check out more information below.

Rose Matafeo: Horndog
Rose Matafeo has kissed nearly 10 men in her life, AKA she’s a total horndog. But what is horniness? Is it that intangible essence of excitement and adventure that has inspired humankind since the dawn of time? An understanding of the overwhelming power of love as the key to true personal flourishing? Or is it simply wanting to bone everyone, all the time? Join this Edinburgh Comedy Award Best Show Winner as she tracks her history of heartfelt horniness in her first stand up special for HBO Max. Rose Matafeo: Horndog has enjoyed successful performances around the world with sell-out shows at the New Zealand International Comedy Festival, the Melbourne International Comedy Festival, an award winning run at the Edinburgh Festival Fringe, and in London’s west end at the Ambassadors Theatre and Soho Theatre. It is produced by Avalon (Taskmaster, Breeders, Everything’s Gonna Be Okay, Last Week Tonight With John Oliver, Catastrophe) with Matafeo, Richard Allen-Turner, Rob Aslett, and Jon Thoday serving as executive producers.

Beth Stelling: Girl Daddy
Conan O’Brien’s Team Coco presents Beth Stelling in an artfully hilarious hour about family, society and the exes who have shaped her. Thirteen years into her career as a stand-up, Stelling has been called a “female comic” so many times that if she ever has kids they might as well call her “girl daddy.” Stelling responds to her co-workers’ lazy, fear-driven #MeToo material by guiding her audience through the humorous side of tough conversations around consent, chauvinism and women’s bodily autonomy. Is it MY abortion? Or OUR abortion? Let your new Beth friend explain in her first hour-long stand-up special. Beth Stelling: Girl Daddy is produced by Team Coco with Stelling, Conan O’Brien, Jeff Ross, John Irwin, J.P. Buck, and Adam Sachs serving as executive producers.

James Veitch: Straight to VHS
James Veitch is really hoping this special sort of pushes him into the big time so he doesn’t have to write his own blurbs anymore. This comedy special (by James Veitch) is something that, tbh, he can barely remember doing. He remembers that the morning of it he accidentally took double the dosage of his antidepressants and, in a blind panic, called poison control from his hotel room who told him he’d “be ok” which was good but also something of an anti-climax. Anyway it contains loads of strong material and will probs change lives. Will that do? It’s a powerful performance and the best work of his career. James Veitch: Straight to VHS is produced by Team Coco with Veitch, Conan O’Brien, Jeff Ross, J.P. Buck, and John Irwin, serving as executive producers with Casey Spira as co-executive producer.

HBO Max is continuing to grow their slate of stand-up offerings, with previously announced specials from Chelsea Handler, Tracy Morgan, Marlon Wayans, John Early, and Ahir Shah, along with a slate of five specials from Conan O’Brien’s Team Coco, which includes the solo specials from Stelling, Veitch, as well as Chris Redd and Moses Storm. Matafeo is creating the scripted comedy series Starstruck for HBO Max and BBC Three. 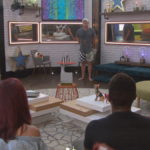 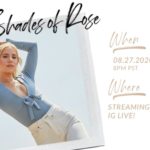