CW will  broadcast WIF’s WOMEN IN FILM PRESENTS: MAKE IT WORK! on Wednesday, August 26 (8:00-9:00pm ET/PT).  The one-hour variety special, a combination of music, comedy and fun celebrity testimonials, explores the issues and solutions for getting women back to work. The show will air on The CW Network on Wednesday, August 26 (8:00-9:00pm ET) and then move to The CW digital platforms, CWTV.COM and The CW App.

The additional goal is to raise money for the WIF Hire Her Back Fund that will disburse grants to women whose livelihoods in film and television have been adversely affected by the COVID-19 crisis as they are returning to the workforce. Funds raised will also be used to protect WIF’s core programs, which have been lifelines during the COVID-19 crisis. These include career pipeline and mentorship programs like INSIGHT, a collective of emerging BIWOC filmmakers, our Help Line for sexual harassment—which is expanding to address racial discrimination—as well as support groups for community members affected by the COVID-19 pandemic.

While this will be WIF’s first televised benefit, its Annual Gala is covered by major media nationally and internationally. For the past 30+ years, WIF has produced a high-level annual live event that celebrates the achievement of women in film and television and has served as a platform to deliver key messages about gender equality and parity in front of and behind the camera. Last year’s show honored Issa Rae and Amy Poehler. Past honorees include Elizabeth Banks, Ava DuVernay, Nicole Kidman, Kerry Washington, Cate Blanchett, Laura Linney, Viola Davis, Annette Bening, Jennifer Aniston, Renée Zellweger, Jennifer Lopez, Sandra Bullock, Gwyneth Paltrow, Halle Berry, Glenn Close, Jessica Lange, Drew Barrymore, Meryl Streep, Angela Bassett, and many more.

The special will be produced in association with ShivHans Pictures.  Seed funding for the grants has been generously provided by the founder of ShivHans, producer Shivani Rawat.   Additional contributions to the fund can be made at wif.org; information about the grants is now available on the website.

Founded in 1973 as Women In Film, Los Angeles, WIF advocates for and advances the careers of women working in the screen industries—to achieve parity and transform culture.

Tags: cw what to watch wif women in film 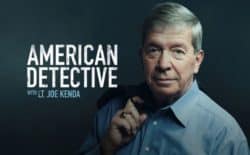