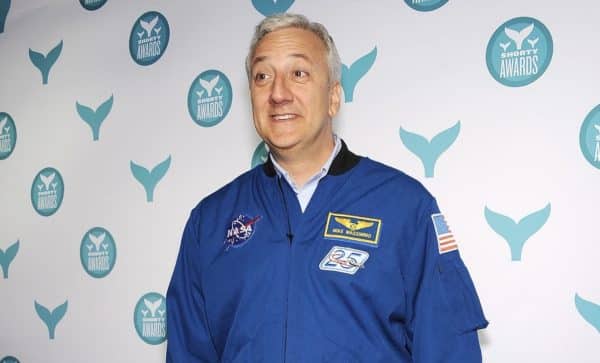 Michael Massimino is one of the most famous astronauts in the world. He joined NASA in 1996 ans stayed with them until 2014, when he went on to become a professor at Columbia University. He made history as an astronaut and has remained an unforgettable part of the space program.

Now Michael(affectionately known as Mass to his colleagues in the space program) is looking forward to the Space Launch Live: Splashdown event, which is set to take place Sunday. This will be the first time since 1975 that astronauts will land at sea. (In this case, they are landing in the Atlantic Ocean.)

To celebrate the event and our astronauts coming back from space, Michael sat down with TVGrapevine to discuss the event, his time in space, his life and his experience on The Big Bang Theory. Check out some of the highlights below.

1. Michael is thrilled to add an astronaut perspective to such an incredible, historic event. The astronauts (Bob and Doug)have been there for about two months, doing all sorts of moon walks and experiments, all while keeping an eye on the space craft.

He added that this was a test flight mission and now it is time for them to come home. Bob and Doug will be doing the checkout for how the space craft did on orbit and then undock, eventually splashing down by the Kennedy Space Center. He thinks it is exciting because this is the first time this has happened since the Apollo days.

2. He thinks the biggest challenge for Bob and Doug is that there is a lot of complexity involved in the job and that they needed to know how to properly manage their time. There are many things that need to be done and they need to go through a lot of training before they are ready to go. He adds that NASA  won’t let them go until they say the astronauts  are ready.

3. There is actually less worry due to COVID, mostly because they were already taking similar precautions before going into space. People going into space are generally quarantined before they leave, so that they can spend more time with loved ones before leaving. The only real difference may have been that they were not allowed to see  as many people before leaving.

4. Michael  fell in love wit the space program when he was just six years old and he saw Neil Armstrong walk on the moon. At that moment he knew that was what he wanted to do because it was such an important thing to do.

After college, he became an engineer and realized it was time to decide whether or not becoming an astronaut was going to remain a fantasy or become a reality. This led to him going to grad school and giving it a shot. He knew it would be hard work, but was willing to do what it took to work for NASA, regardless of whether or not he made it into space.

5. One of his favorite memories is working with the astronaut crews and the teams he worked on the Hubble space telescope with. He learned a lot from them and knew he was part of something important. He misses the camaraderie and says he learned a lot from them, including how to service a telescope and space walk. For him, it was a dream come true. While he misses BEING in space, the preparation and work is what he says he misses the most.

As for being in space, he misses having the view of the planet from the spaceship. It was spectacular and something he compares to being in paradise.

6. Michael got to meet a lot of his heroes throughout his career, including Neil Armstrong, whole he met him when he began working in NASA during his first week of class.

He recalls talking to him about his famous quote, which Neil said the came up with on the spot. He tells Michael to take care of the business end of things in space first and think of everything else later.

Forty years after Apollo 11 and thirteen years later, he was asked to send the first Tweet from space, when he took that very advice. However, he had no idea what to tweet, so he kept it pedestrian, saying how awesome everything was there.

He also became friendly with Mike Collins, John Glen and Alan Dean throughout the years. In fact he was an honorary pallbearer during Alan’s funeral.

7. Michael is also known for his recurring role as himself on The Big Bang Theory. He compared it to being in space while filming, comparing the actors to astronauts, the producers to the head of NASA, etc. It was the most fun he had as an actor and says he made a lot of good friends on the show. In fact, he is still in touch with many people on the show, including Simon Helberg, who played Astronaut Howard Wolowitz.

8. His role came to be when the show decided to send Wolowitz into space. The show contacted NASA, which led to the person handling media requests contacting Michael, asking if he knew about the show. He had never watched it before, but the timing was right, so he went to the studios the next day….after watching a few episodes of course.

9. Fans would be surprised that he actually did commercials as a kid. At eleven years old, his mother took him to an audition for Trident chewing gum.

10. He (along with his fellow crew members)also hold the team record for space walking on his flight.

11. He is a huge Mets fan and even took a home plate from Shea stadium into space with him.

12. After returning from space, he went to the doctor for a physical and made sure to walk around before seeing his family. He then made sure to get good pizza (NY style, of course!), which he ordered from space before landing. 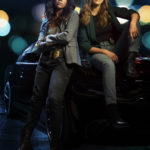