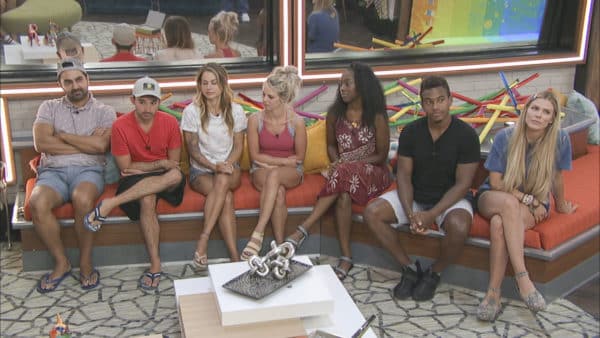 Tonight is the fourth episode of CBS’s Big Brother All Stars. When we last left our houseguests, Keesha and Kevin were left on the block after Enzo decided NOT to use the POV. Now the two of them are fighting to stay in the house. With eviction looming, there is very little time to prove they are worthy of playing the game.

The other players are continuing to make final two deals and alliances, which of course means that there is a lot of backstabbing happening.

Kevin seems to think he has an alliance with Cody and Enzo, while Keesha just keeps worrying about being the first one out.

Janelle wants to help Keesha, but thinks it will hurt her game if she works too hard to save her.

Bayleigh and Tyler make amends and decide they will do better if they work together. As we all remember, they did NOT get along in their season.

Memphis and Cody also form a secret alliance called The Commission. Memphis also wants to work with Nicole F, Dani, Christmas and Tyler. They agree to his face, but Nicole F is not interested in working with him.

Kevin and Nicole A decide to have a final two deal.

Da’Vonne wants an alliance with Cody, Bayleigh and Enzo. Cody thinks it is a good idea, but no one knows at this point that there are other alliances in the mix with Cody.

Janelle and Christmas both seem to want to save Keesha, as Kevin keeps trying to campaign to stay.

Eviction time! Kevin and Keesha both give their case as to why they should stay and the voting begins.

Nicole A decides to evict Keesha.

In a unanimous vote, Keesha is the first allstar eliminated from the Big Brother Household. She says goodbye to everyone and goes to talk to Julie. She is in a mask and socially distancing from her while talking about how it is so early in the game and it is not a surprise that she is gone. Julie shows her goodbye messages and leaves the house for good.

HOH competition! Cody is the outgoing HOH and not eligible to compete. The game consists of them watching clips and answering questions about them afterwards. If they answer incorrectly, they are eliminated.

Round 1: David and Kaysar

Round 2: Dani and Enzo

Round 3: Nicole F and Christmas

Round 5: Janelle and Ian

Round 6: Nicole A, Tyler, Bayleigh and Da’Vonne

Tune in next week to see what happens next. 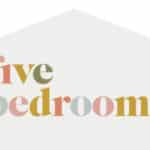 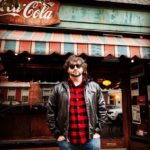