Tonight is the third night of quarterfinals on NBC’s America’s Got Talent. Terry Crews is back to host, while Howie Mandel, Heidi Klum and Sofia Vergara judge. Simon Cowell is out for the time being due to his back injury. They all agree he is irreplaceable and want him back ASAP.

Eleven acts will perform tonight, with five moving on to the semifinals.

The judges love them and hope they make it to Vegas.

The fact that the song was an original makes it that much better.

The judges find the performance inspirational, beautiful and uplifting.

The judges find it risky, but leave it up to America. However, Sofia thinks he should be an actor.

The judges loved them and hope America votes.

The judges like her star quality, but Howie preferred her first performance.

The judges are blown away, not only by the performance, but by his dedication to his dad.

The judges think he is worthy of making it through.

The judges are also fascinated and wonder how they can top this.

The judges think he is unique, magical and that the performance is emotional.

The judges were blown away and wish him luck.

The judges think it was flawless and think she deserves to go to the next round. 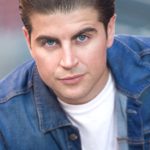